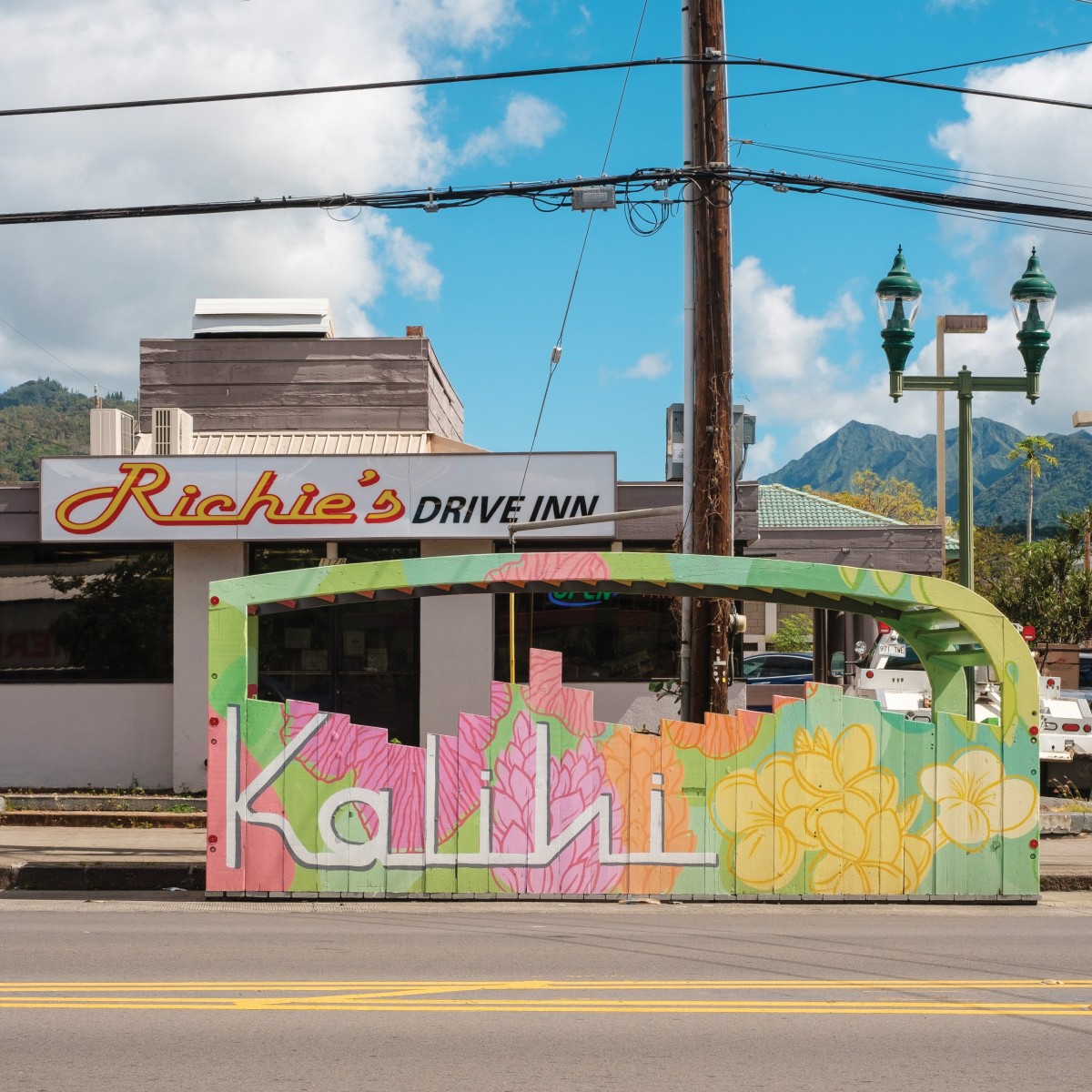 As you drive along North King Street, bright plumeria and ginger blossom designs catch your eye first, then the big letters spelling out Kalihi. What looks like a bus-sized pop-up fronting Richie’s Drive Inn is this community’s first public parklet, with tables, benches, plants, local art and a slatted roof that offers a little shade.

The collaborative concept of a mini-park sprouted up first on O‘ahu in Kaka‘ako and Downtown. Kaimukī now has three parklets as the idea takes root in this hotter, more industrial neighborhood of Kalihi. Better Block Hawai‘i received grant money from AARP and the Ulupono Initiative to fund the $10,000 project; expertise and recycled materials from ReUse Hawai‘i; and support from City Council member Radiant Cordeiro, says Abbey Seitz of Better Block. This parklet features a mural by artist Boz Schurr and a salvaged wood pattern with a staggered cut to reflect the ridgeline of the nearest mountains.

SEE ALSO: Where to Find Outdoor Dining in Mānoa, Mō‘ili‘ili and McCully

Seitz’ organization helps coordinate small community improvements largely devised by residents and volunteers. “The idea behind Better Block is better neighborhoods, block by block” by adding landscaping, painting and other small-scale upgrades. “We don’t necessarily need to always wait for the government to create these things,” Seitz says. The projects still require permits but can be constructed quickly. She says the hardest part can be researching the best project and partners for each place. In this case, Seitz credits Rich Choe of family-owned Richie’s Drive Inn for support. 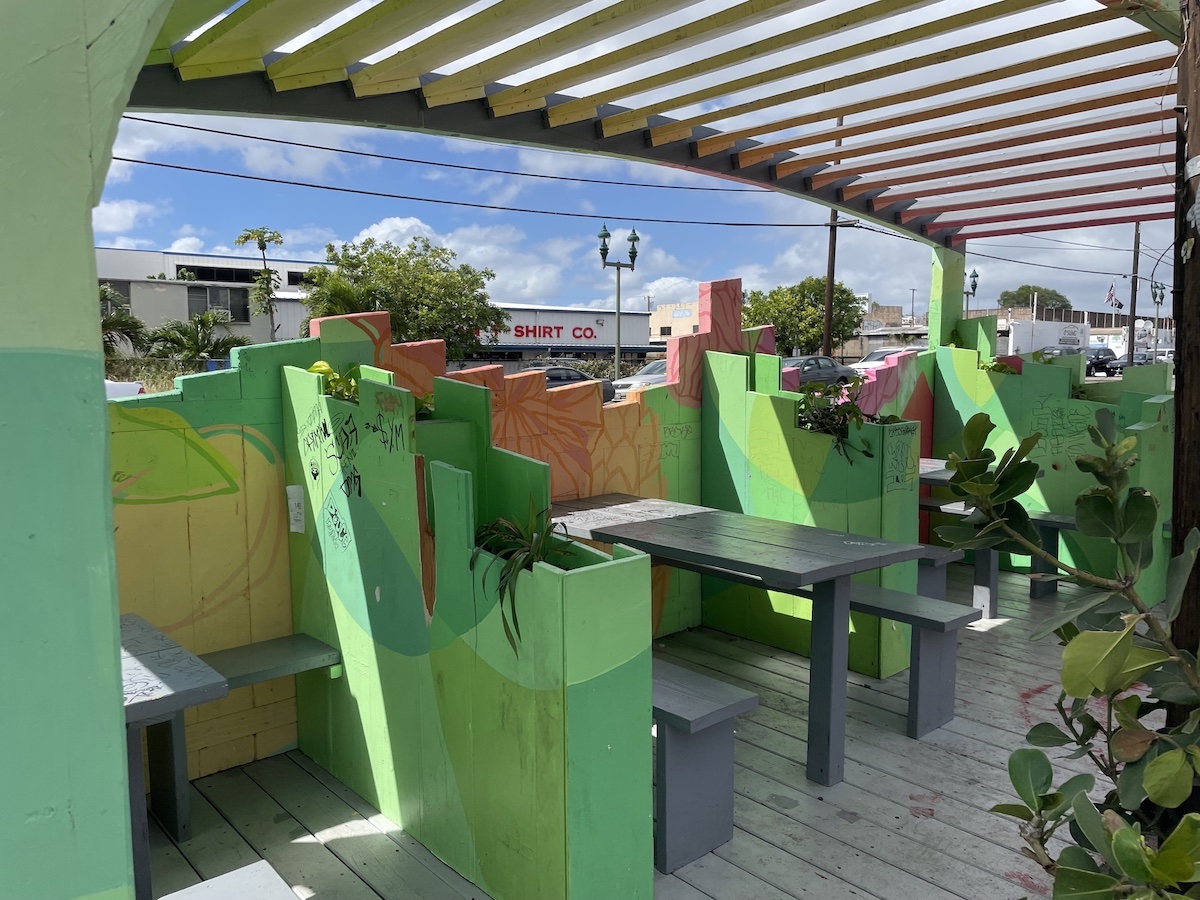 The eatery is known for its affordable generous plates of local comfort food. A boneless chicken plate lunch here weighs in at 2.5 pounds. Richie’s is also known for bento boxes, breakfast, turkey tail adobo and hamburger curry. Choe says it’s too early to tell what the lasting impact will be as people become acquainted with the new concept. Some of the drive-in customers eat there, while passersby sometimes stop “just sit down, get out of the sun, take a break and then keep walking,” Choe says. (And yes, Choe is the namesake of the business. He says his parents named the restaurant after him since both were born around the same time.)

What’s next for nearby neighborhoods and Better Block? The organization has been searching for the next parklet location. Better Block hopes to build the next one near the Liliha and Kuakini intersection, Seitz says. “This is a well-traversed intersection with a handful of local businesses and restaurants—L&L, Liliha Bakery, etc.—within a block walking distance,” she says.

Better Block is working with groups that include the Susannah Wesley Community Center, to provide public seating, street trees and colorfully painting little free libraries throughout Kalihi this spring and summer. Better Block is also collaborating with the Trust for Public Land and the Kamehameha Schools Mural Club on public art improvements for ‘A‘ala Park. Seitz says communities across the state are asking how they can get their neighborhoods involved, from the Neighbor Islands to Waipahu, the North Shore and Kailua. Better Block encourages residents to reach out if they’re interested in volunteering.