HONOLULU Editorial Director Diane Seo on learning to let go and be open to new opportunities. 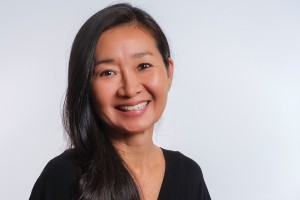 I’m still new to HONOLULU and plan to introduce myself over time through this column and in other ways. Perhaps a good way to tee off is to tell you what happened to me during the pandemic. Everyone’s life shifted in some way during the past 28 months and for me the changes were, well, life changing. It’s easy to believe you can control the events of your life by steering in a certain direction. Things, however, have rarely unfolded that way for me—and even less so in the past two years.

During the pandemic, my high school-aged daughter, like other teenagers, attended school online. After years of rigorous ballet and dance training, she stopped dancing when all her classes and practices went virtual. One day, she announced she wanted to work for a popular food business in Honolulu. Next thing I knew she got an interview and was hired. I was glad for her. She had been spending so much time at home, disconnected in various ways. The job got her out of the house and gave her new purpose. When the owners announced they were embarking on an ambitious expansion in Southern California, they asked if she wanted to help with the rollout and learn about entrepreneurism. Just prior to that, one of my dearest friends from Los Angeles came for a visit and invited my daughter to stay with her if she ever made her way there. Things were aligning in ways that would have been hard to previously imagine. After careful thought, I pulled her out of school, which she had attended since kindergarten (and where I incidentally had been working), and she started a new life in L.A. She’s still there, loving all the adventures. She told me recently she’s happier than she’s ever been. I miss her, but I’m glad she’s living the life she wants and has it in her to take risks.

“I’ve learned to stop trying to control and rather remain open to fortunate occurrences.”

What else? I decided to sell my home after living there for 15 years. As part of the sale, I proceeded to get rid of 95% of my belongings, committing to a minimalist lifestyle. (My life’s possessions now fit in two suitcases and a carryon.) Prior to this purge, I had read books, listened to podcasts, and connected wholeheartedly with the benefits of a simpler, less stuff-focused existence. I moved back temporarily with my mother, who I had not lived with since I was a teenager. As an uber-independent person, I don’t think I would have ever considered even a period of not having my own place, but there I was in my childhood bedroom, sleeping beside a cabinet filled with the clay animals I painted as a kid.

While all of this was happening, I got a call about this position as editorial director at HONOLULU. I wasn’t looking for a job—in fact I had plans to temporarily work remotely in Arizona (it’s a long story; I’ll explain in another column). But the opportunity connected the dots to so many of my past experiences. Magazine editing. Writing. Digital innovation. Frolic. And for my hometown magazine. Serendipity and flow. I’ve learned to stop trying to control and rather remain open to fortunate occurrences. I’m so grateful for this opportunity as editorial director. I see it as a once-in-a-career chance to help shape a vision for a long-standing media brand that I’ve always respected. I don’t take this lightly. I plan to do whatever I can to help HONOLULU succeed in this challenging media climate. I’m committed to impactful journalism and working with our team to try new things and build a solid digital foundation. As I imagine, it will be a procession with no preconceived outcome.