Recent Prices are as Heady as the Aroma, But Local Durian Lovers Still Can’t Get Enough 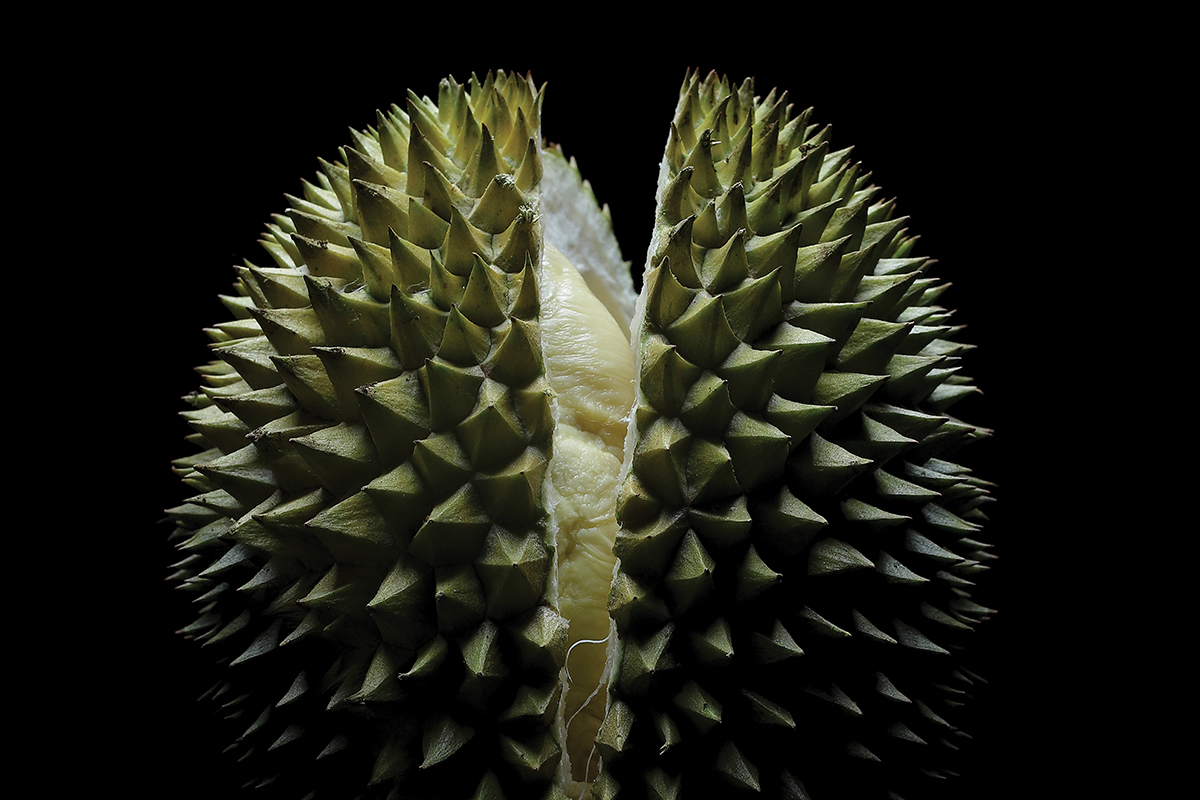 Durian stories are never boring. With giant thorns and as heavy as a watermelon, a durian dropping from a tree could gash open the scalp of anyone standing below. Tigers in the jungles of Southeast Asia can’t get enough of them. And the smell, an overpowering combination of open sewers and sweet, rotting onions, has been known to evacuate offices. For local durian fans, all this adds to the allure—so much so that the king of fruits now commands the king of prices.

In Chinatown and at farmers markets, prices that hovered around $6.99 a pound for much of the past decade have risen a whopping $10 a pound more, thanks to insatiable local demand. That’s true whether the fruits are picked green and shipped from Thailand; harvested at a riper stage from Big Island farms; or grown on O‘ahu, where freshly fallen durians at Frankie’s Nursery in Waimānalo are $17 a pound. While trees traditionally produce the most fruit from the fall through early spring, we’ve found locally grown varieties year-round.

“It tastes like a confection. When you get a good one it’s almost like something the creative mind of a chef would come up with,” says Jason Silverstein, who’s growing several varieties at Kamahi Produce and Horticulture in Waiāhole. These trees will mature in seven to 12 years, “which seems like forever,” Silverstein says, but may help bring down prices.

Meanwhile, he’s on a list of fanatics waiting for a call when a durian drops at Frankie’s. And now, so are we.