Parent to Parent: Our Own Private Today

Applying to kindergarten made us worry about our tomorrows, ruining our todays. 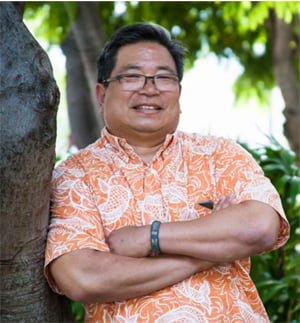 When our son, Kennedy, was 3 years old, my wife and I decided that Sundays would be our “decompression day,” a brief, quiet escape from the outside world. Television watching was prohibited on Sundays, as was Googling, emailing and texting. We woke up late, ate breakfast closer to lunchtime and usually skipped lunch altogether in favor of snacking and an early dinner.

This is not to say that Sundays weren’t productive. There were always laundry and chores, but reading storybooks, drawing dinosaurs, doing Legos, raking leaves and finger painting the lanai wall took the lion’s share of our time. Sometimes, we would just lie under our mango tree and watch the clouds (and our day) slowly float by. At the time, I wondered if we should be providing Kennedy with more enriching and educational activities. After all, Yo-Yo Ma had probably logged 5,000 hours of cello practice by the time he was 3, and Tiger Woods had certainly broken 80 by then. Eventually those worries seem to drift away with the clouds.

Then it came time for us to start applying for kindergarten, and not only did the outside world intrude onto decompression day, it kicked the door in. Like many of our friends, we applied to three elite private schools in town, the kind that produce captains of industry and civic leaders as well as doctors, lawyers and, recently, a commander-in-chief of the United States. We knew  we hadn’t sent Kennedy to one of the “feeder preschools,” but we were unaware of the other preparations we should have provided our son. Kennedy didn’t know how to read, he didn’t hold his crayons correctly and we never practiced interviewing with him. What were we thinking, wasting our weekends the way we did?

During the application process, I remember seeing a friend and his daughter at a group interview/observation session. We chatted briefly before he abruptly ended the conversation, saying, “It’s time to go now, honey. We talked with the competition long enough.” He was joking, of course, I think. There was also the time at an information session at another school when a parent peppered our guide with questions about the school’s international baccalaureate program. (Seriously?) Mostly, I remember the worried looks on the faces of other parents and the tension that hung in the air, thick as Elmer’s glue.

I’m not sure when getting into a preferred private school became a stressed-filled, make-or-break proposition. Of course, schools across Hawai‘i—both public and private—produce “successful” people all the time. But I think living in an island state where good jobs and opportunities seem scarce, people tend to think about the future and worry—a lot. Mix that anxiety with a parent’s desire to provide his or her child with the best opportunities they can afford (or think they can afford) and you have a potent intoxicant.

We didn’t get into the three schools we applied to, but we survived. Kennedy recently started his second year at Hongwanji Mission School (HMS), a small, private institution that provides him with the kind of attention he needs—the proverbial “right fit” for him and us. He’s immersed himself in as many school activities as he can, and we’ve all made friends and formed bonds that we expect to keep for a long, long time. In retrospect, all that worrying we did six or seven years ago seems kind of silly now. I guess if your todays are full, your tomorrows don’t seem as elusive and mysterious. But, then again, HMS only goes up to eighth grade, so we’ll be starting the application process all over again in several years.

I wonder what we’re doing next Sunday. I might have to lie under our mango tree for a little while.