Parent to Parent: Lessons in Giving

December isn’t the only month we should be landing a hand. 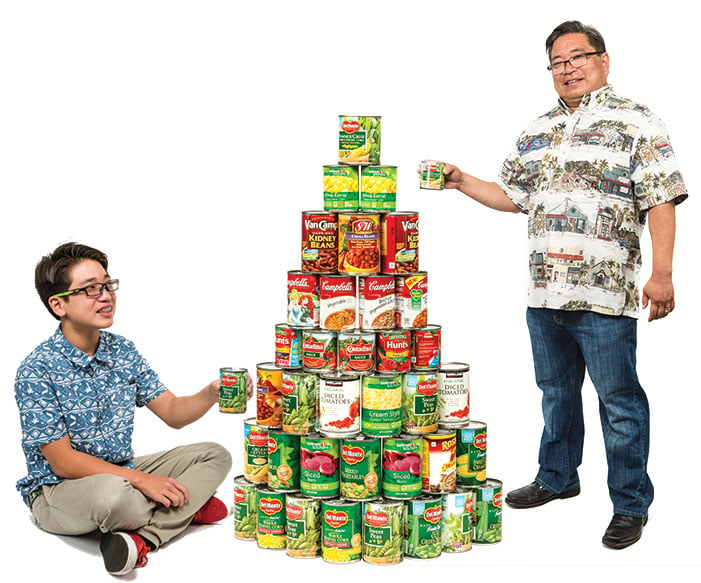 Around this time of year,  I feel compelled to explain to my 12-year-old son, Kennedy, how giving is far more important than receiving. Except that the “season of giving,” with its long Christmas gift lists and jam-packed shopping malls, is probably the worst time of year to give such lectures.

Don’t get me wrong. It’s a great thing to share your good cheer and fortune with others during this holiday season. But I want Kennedy to remember the one-on-one giving, receiving and helping that many of us do every day, year round, without the expectation of a reward. We often do things for friends and family without a second thought. The trick is to expand that circle. That’s hard to explain to a young boy who has his eye on a new pair of basketball shoes or the latest Madden NFL video game.

Several months ago, my wife, Cyd, Kennedy and I helped out with a school program that feeds and temporarily houses families in need of homes. We donated a little food and got dinner ready, heating up Zippy’s chili, canned corn and hot dogs.

Afterward, Kennedy and I retreated to the kitchen to clean up. I was scrubbing a pot when I recalled an inspiring story that started at Starbucks.

Last fall, in St. Petersburg, Fla., a woman paying for her coffee at a drive-through decided to pay for the person in the car behind her. That customer returned the favor and, by the time the spontaneous chain of giving ended 11 hours later, nearly 500 people had treated a stranger to coffee.

I was going to explain to Kennedy that we pay it forward, because, like that Starbucks’ drive-through line, we—family, friends and complete strangers—are all connected, so we should help each other out when we can. Sometimes we just want a tall coffee but are motivated to pay for someone else’s Frappuccino and pastries. Sometimes it’s the other way around. And sometimes we give to others just because we don’t want to be the jerk who breaks the chain. That’s OK, too.

It all sounded really good in my head. However, before I had a chance to dispense any of my coffee-house wisdom, Kennedy, without any prompting, picked up a scrubber and started doing the dishes—a chore that he doesn’t do at home. As I watched him thoroughly scrub and rinse an aluminum pan till it sparkled, I realized that my little lecture would probably spoil the moment.

“How does it look?” he asked me, holding up the gleaming, dripping pan.

“Not bad,” I said, trying to mask my pride. It turns out I didn’t need to say a word.