The house that Keaka built. 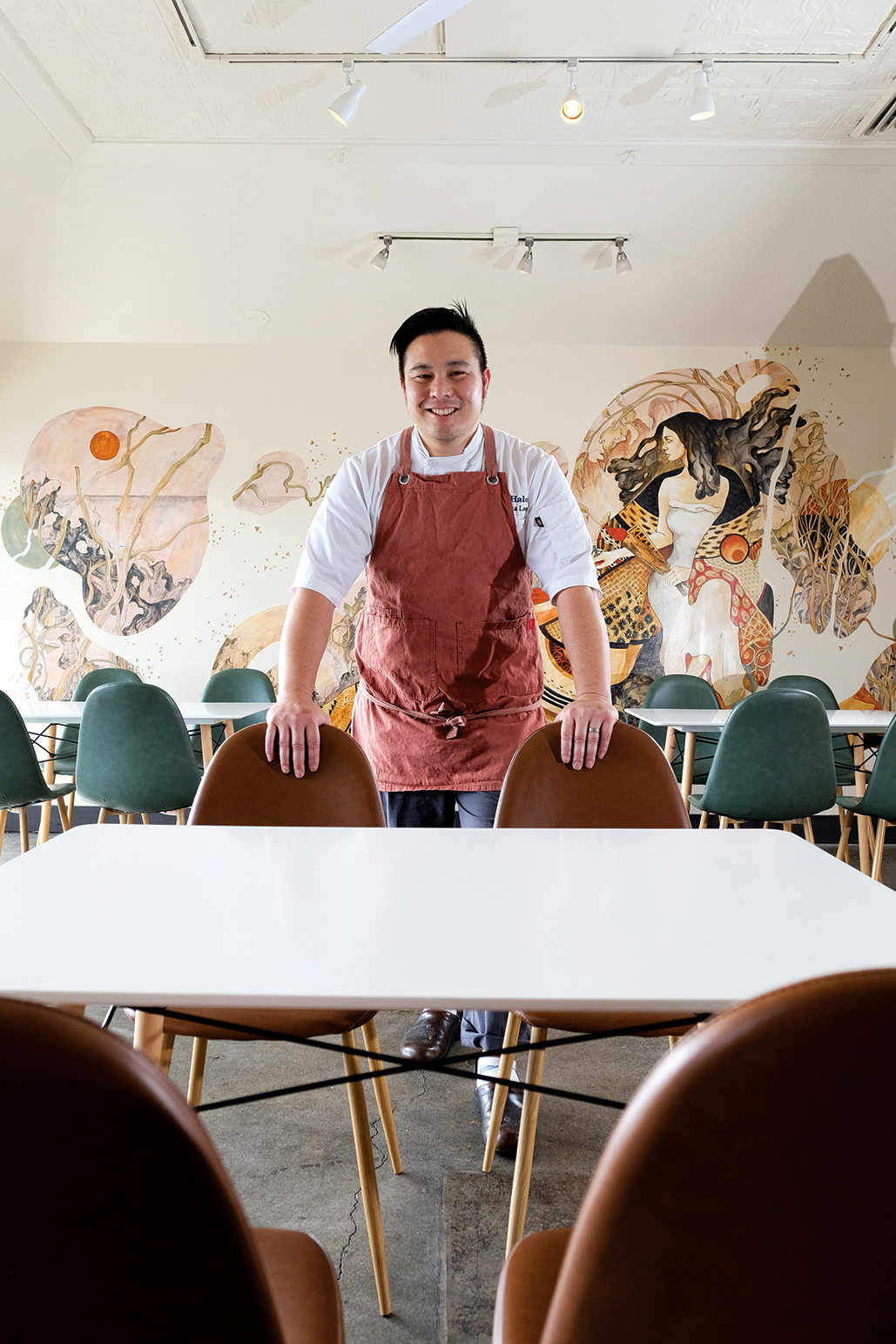 Standing in the kitchen at Kapa Hale, chef-owner Keaka Lee explains the meaning behind its name. “Kapa tells a story,” he says. “A blank plate, much like a blank piece of kapa, is the canvas with which I tell my stories.”

It fits his new venture. Lee has spent more than a decade creating dishes spun from the stories of chefs including Alan Wong, Gramercy Tavern’s Michael Anthony and, most recently, Andrew Le of The Pig & The Lady. Now, for the first time, he’s bringing his own narrative to his own place. Years in the making, Kapa Hale is worth the wait.

The restaurant near Olive Tree Café in Kāhala is divided into two dining rooms. In front, a nook accented by kapa motifs opens to the bright and busy kitchen. Beyond the host stand, a mural by Mae Waite and a bar anchor the larger room that opens onto a partially covered patio. With its raw concrete floors and midcentury-inspired white furniture, the space feels casual and modern yet cleans up nicely for special dinners. 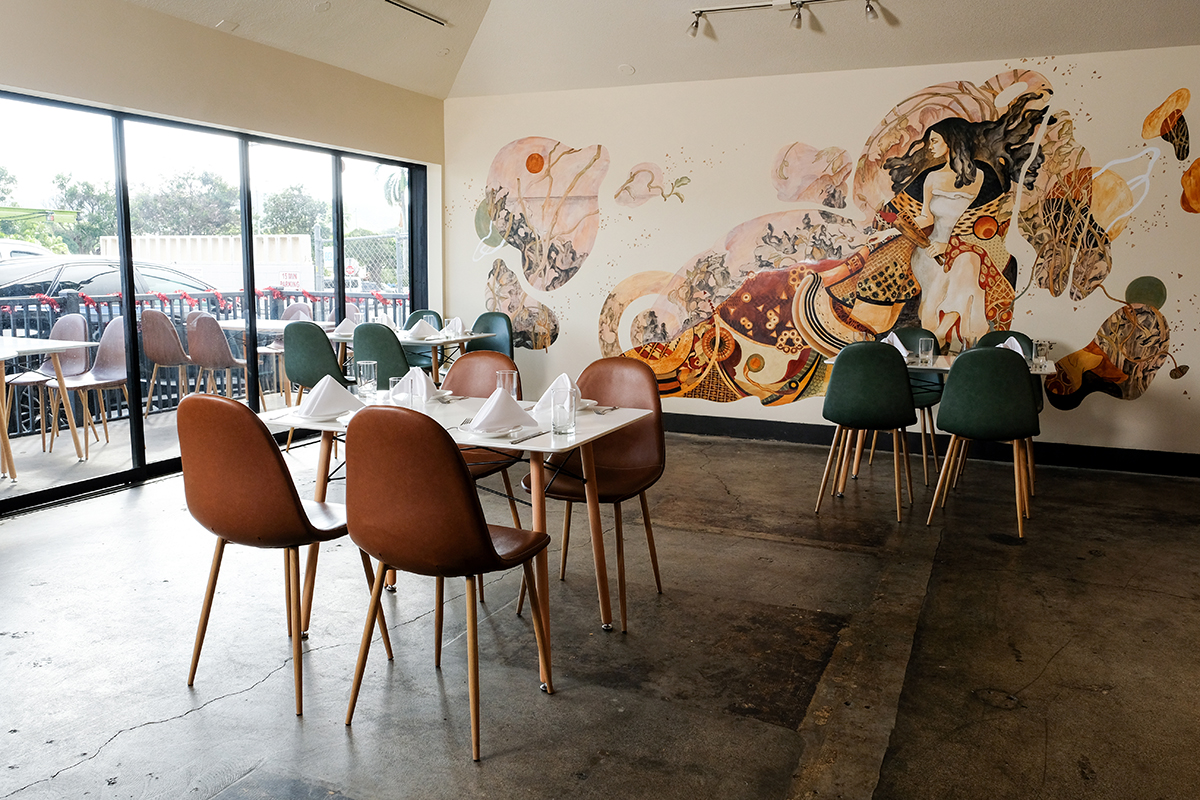 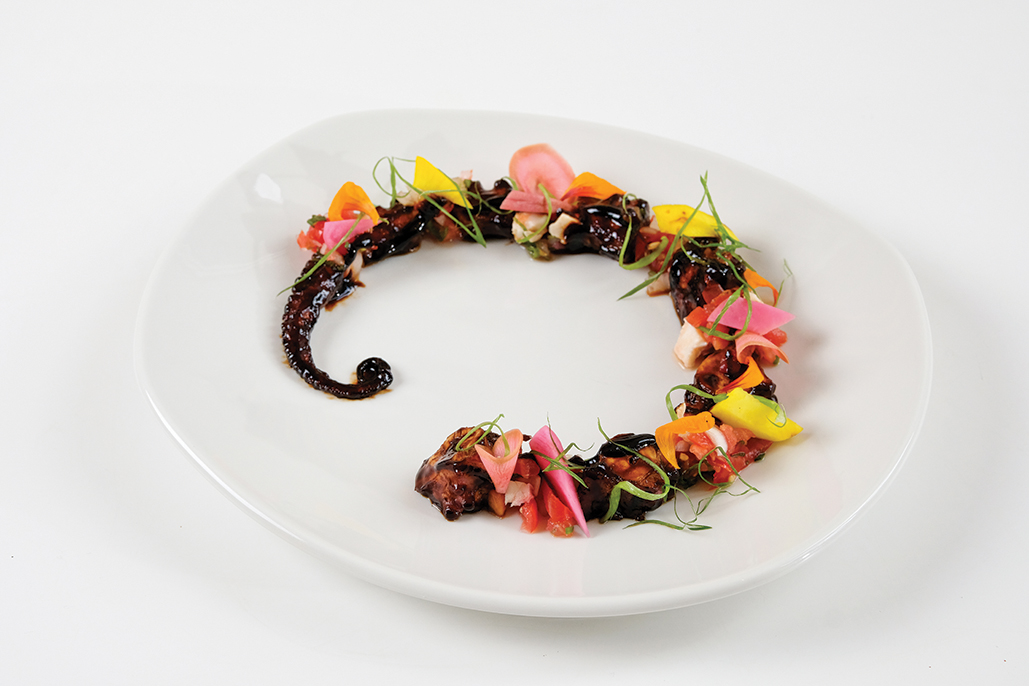 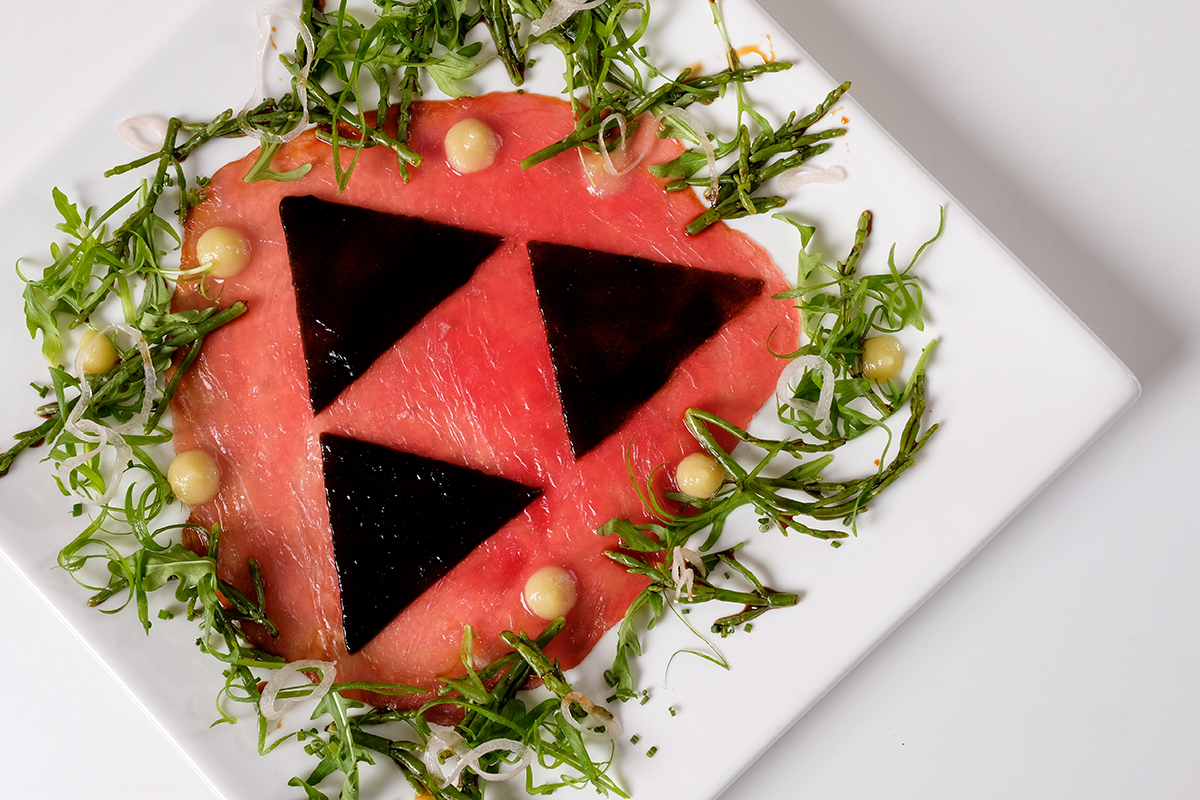 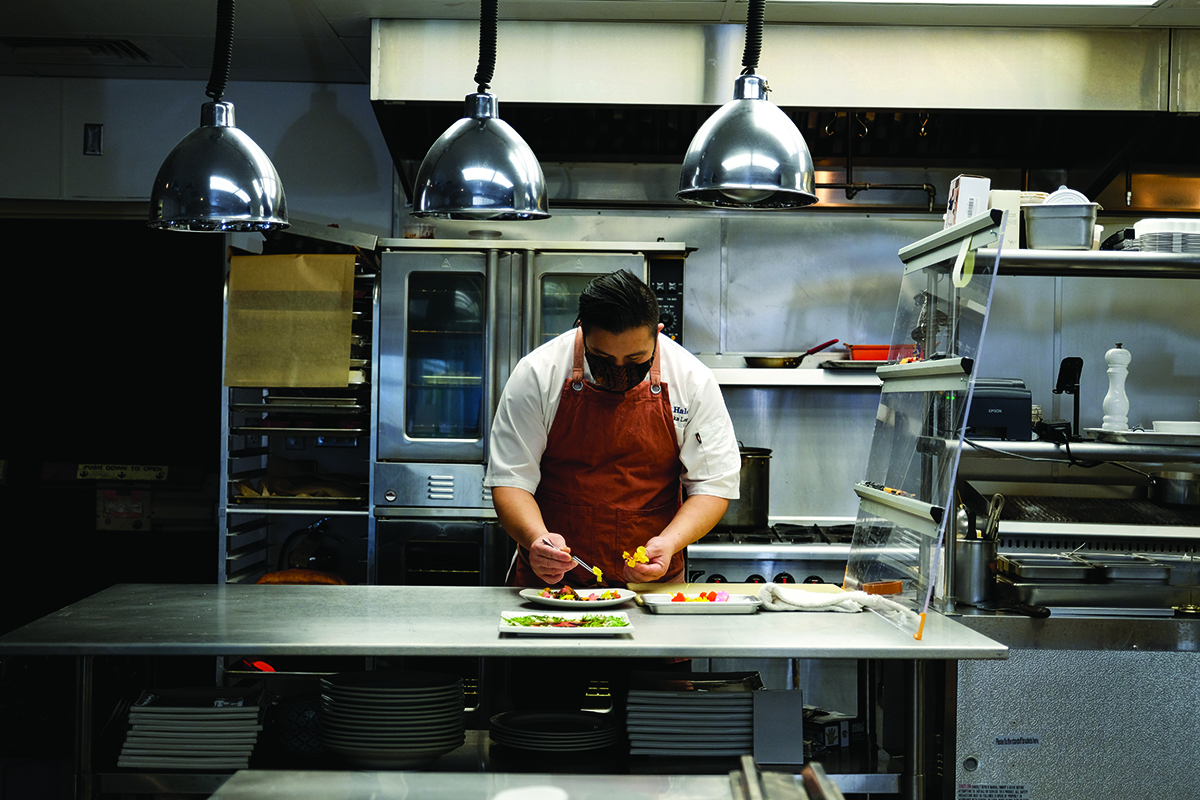 SEE ALSO: When it Comes to Survival During the Pandemic, Everything’s on the Table for These Hawai‘i Restaurants

On weekends, brunchers can go with lemon blueberry ricotta pancakes or take a savory route with a wedge of Quiche Lū‘au ($14), an ingenious mashup of taro leaves folded into a savory French tart. The pipi kaula short ribs ($17) are tender and smoky with ample char yet they’re almost upstaged by the acidic lomi tomatoes and creamy polenta, studded with delightful fresh corn kernels. Sweets also take the form of poi pancakes ($15) with coconut cream and fresh lemon poppy seed bread with whipped guava butter ($5). The nods to his Native Hawaiian roots are subtle but pronounced.

Lee dedicates almost half of his menus to vegetables—a carryover from his time at New York City’s Michelin-starred Gramercy Tavern. Kapa Hale’s charred broccolini ($12) with a sweet and sour black garlic reduction and lemon confit is reminiscent of a dish he created while chef de cuisine at The Pig & The Lady. Long beans ($10), a humble vegetable you hardly see outside of Chinese and Filipino markets, receive a makeover with toasted macadamia nuts, pecorino crumble and garlic anchovy sauce. You’ll want to sneak seconds. The Brussels sprouts dish ($12) is a crowd favorite with nutty browned butter and pops of pickled cranberry throughout. Juicy Ho Farms and Hau‘ula Farm tomatoes pair with wakame seaweed and ponzu in a salad ($12) that cleanses your palate before the heavier entrées arrive.

At dinner, the koji-aged côte de boeuf ($35, 12 ounces) eats like a rib-eye that’s been hanging in a dry room for weeks. Seared and topped with poivre (peppercorn) sauce and roasted sunchokes, it is one of the best in town. Even before his days at Pig, Lee had a way with pasta, and his fresh tagliatelle with chorizo and Kaua‘i shrimp ($25) is proof. Substantial in size and flavor, it’s easily shared with the table; just watch out for the hidden pickled peppers that tend to sneak up on you.

Lee’s ingredients, preparations and flavors speak to my heavy local boy palate. While the chef is low-key and soft-spoken, his food carries a big voice and I’m ready for his next tale.