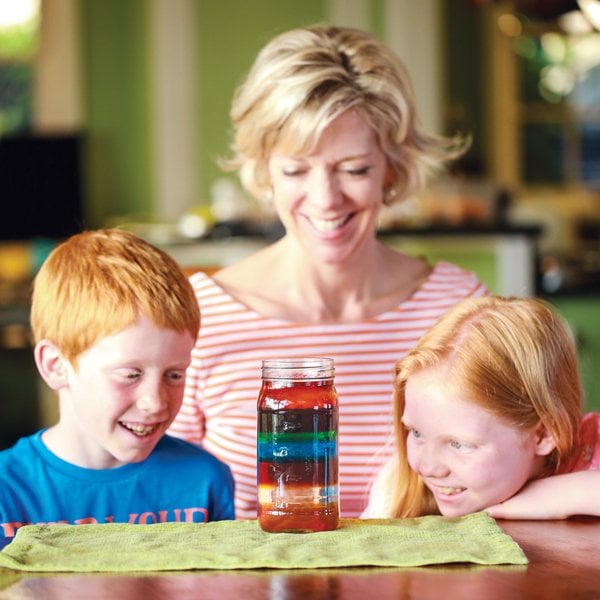 Be careful not to pour too quickly and keep the funnel above the liquid as you slowly add each layer. Photos: Karen DB Photography

It’s time to dispel the notion that academic learning during the summer is cruel and unusual punishment, as far as the kids are concerned. Learning can and should be fun, not something to dread, especially when Mom or Dad is in charge. The education of science can be done through conducting cool home experiments that allow students of all ages to engage in fun, hands-on learning.

Age Recommendation: 3 to 10 (see age-specific assignments at the end)

Kids in preschool and kindergarten are familiar with “floaters and sinkers,” guessing and testing which objects will sink in water and which will float. This experiment takes it up a notch. Kids can make layers of different liquids, then search for objects that will float on levels of differing density. 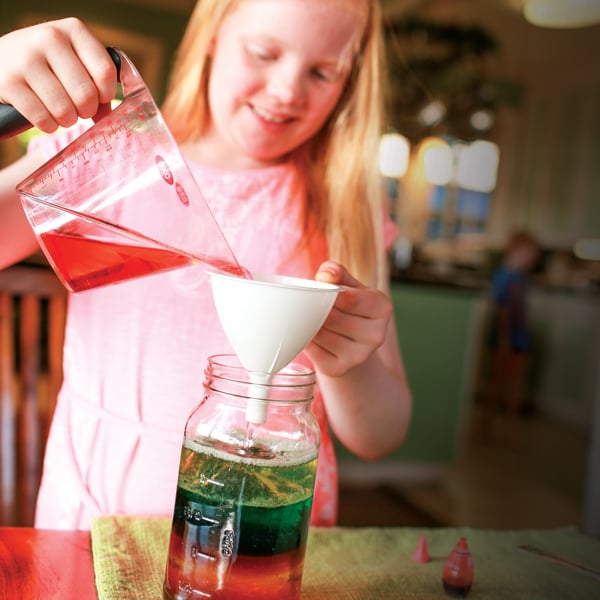 Density is defined as the mass of the material divided by its volume. Some liquids are more dense, or heavier, because there is more “stuff” packed into it than others. That is why lighter liquids (like water or rubbing alcohol) float above denser, or heavier liquids (like honey or Karo syrup) that sink to the bottom. 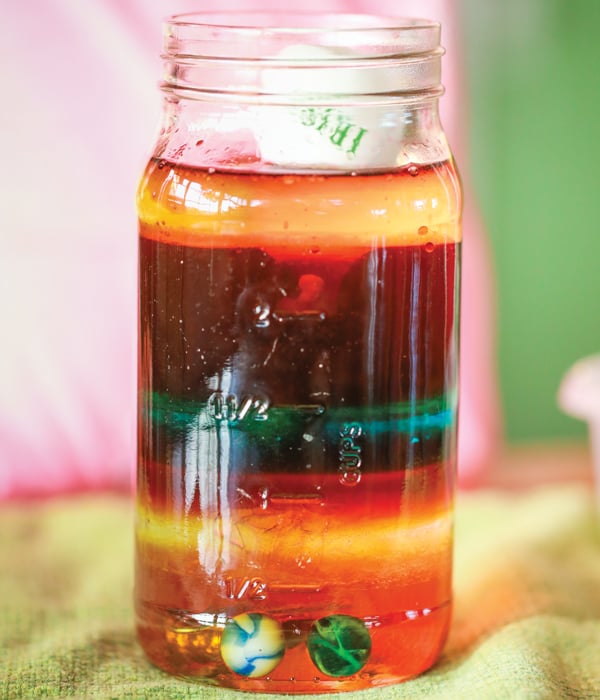 As you pour, the liquids will layer on top of one another. After you pour in the liquids you will have a seven-layer science experiment.

Now have your child choose an item to drop in. Have him or her guess if it will float or sink. Then carefully drop it in the middle of the jar. Some items will float, some will sink, and some will settle on a layer in between.

3- to 4-year-olds: Search the house for items that might float or sink. They can also drop objects in during the float or sink part of the experiment.

5- to 6-year-olds: Help measure 1/2 cup of each liquid into small bowls and add food coloring.

Luca thought the liquids would mix and was surprised at the layering effect. Both kids thought the object would float or sink and were surprised that some were suspended.

Age Recommendation: 3 to 10 (see age-specific assignments at the end)

Crystals are a special kind of solid material where the molecules fit together in a repeating pattern. The pattern causes material to form all sorts of unique shapes. One experiment will allow you to grow edible (sugar) crystals and the other will produce non-edible (Borax), but pretty, decorative crystals. 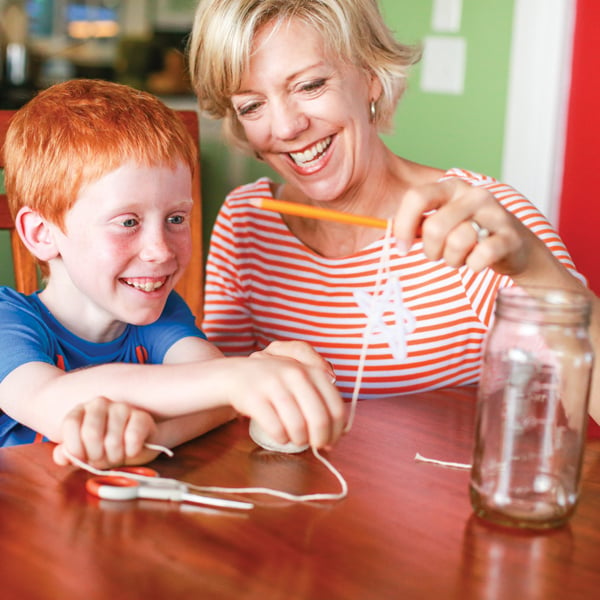 *Borax requires adult supervision. It should not be consumed and might irritate skin. 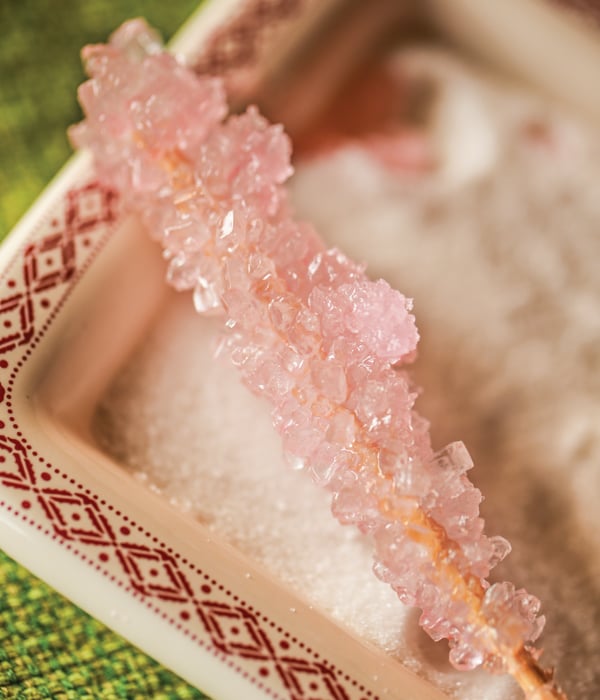 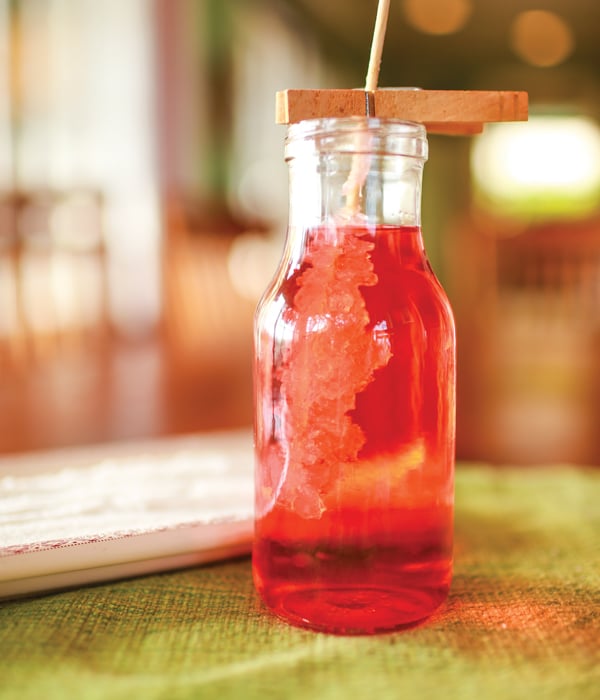 Luca was surprised at how quickly the Borax crystals grew. We saw them start to form within hours. He was also surprised how “tough” they were and that they remained the same after a day or two in the solution and did not continue to grow. 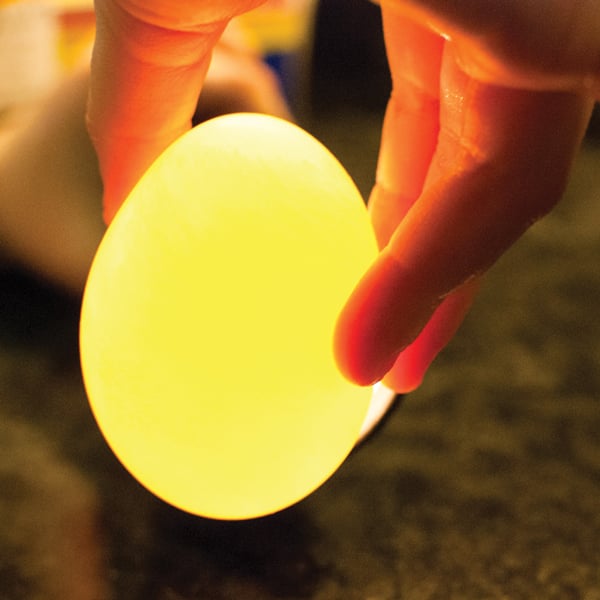 An egg with no shell is “naked,” hence the name of this experiment. Most kids have experience cracking eggs or coloring them for Easter, but most haven’t removed the shell of a raw egg using vinegar and making them translucent, or transforming a hard-boiled egg into a bouncy ball. This is a two-day experimental process. Kids will enjoy watching the eggs transform.

Vinegar is an acid that breaks down the egg shell which is made of calcium carbonate. The calcium floats around in the vinegar. The carbonate, which you see as bubbles, is changed into carbon dioxide. 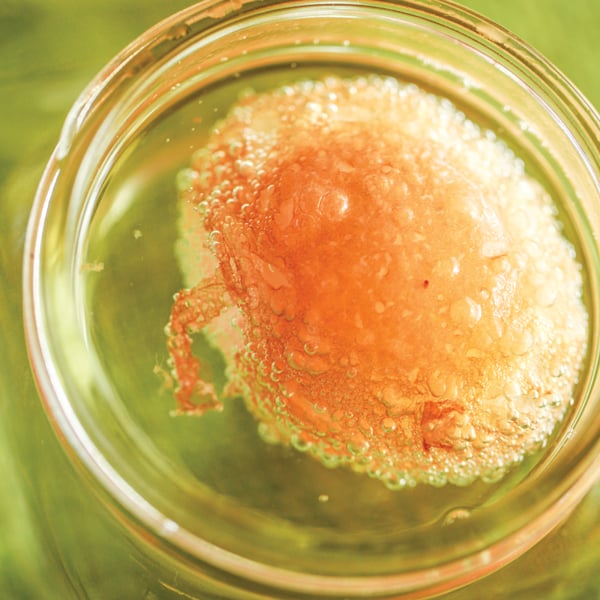 Supplies for the Naked Egg

The egg looks translucent because the outside shell is gone, only the delicate membrane remains. If you shake the egg gently, you can see the yolk sloshing around in the egg white. Hold it up to a flashlight and find the yolk.

The shell has also been removed by the vinegar bath. This egg is much tougher and will bounce.