Volunteering comes in many forms—and outfits. 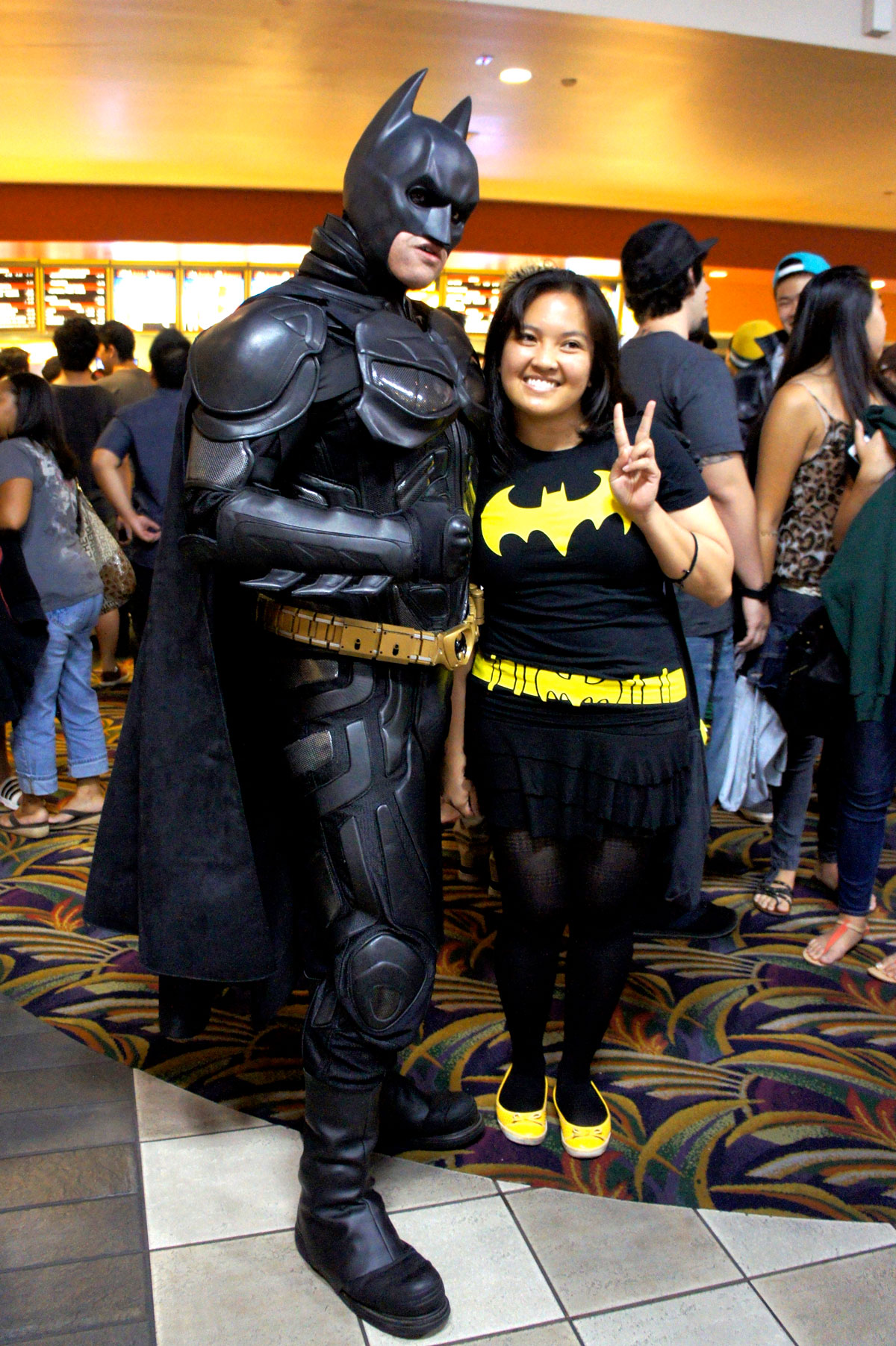 For the first time I can remember, I’ve decided to make a New Year’s resolution: I’m going to volunteer more in 2023. Amid working from home and being more or less cooped up indoors for the past couple of years, I almost forgot how much fun it can be to give back—until Facebook “Memories” reminded me about the varied and unusual ways I used to volunteer.

It started when I was a sophomore in high school. My French teacher offered extra credit for any student willing to help at Prevent Child Abuse Hawai‘i’s Breakfast with Santa. I was a terrible student (D+ average, très bad), constantly doodling on homework assignments and tests. My teacher figured I might as well draw for a good cause and asked if I’d paint Christmas characters on kids’ hands and faces. Despite my dubious artistic abilities, parents and children alike were stoked at seeing these little cartoons. I was, too.

A few years later, when a friend volunteering with the Hawai‘i Book & Music Festival said event organizers needed someone to dress up as a cartoon mascot, I threw on a giant bulging head, plus a fuzzy jacket, pants and gloves to become Curious George. I may not have been able to see where I was going—handlers had to guide me and the other characters—but the kids seemed to love talking to “George” and watching my big head wobble as I tried to keep it upright. I left that day feeling like I had done some good.

That wasn’t even the wildest costume I ever wore. That honor belongs to a screen-accurate replica of Batman’s suit from The Dark Knight, which a former business partner and I ordered as a promotional piece for a film client we were working with. It was designed by a company that specializes in protective motorcycle suits, and it looked and felt like the real deal. With slash-resistant tactical gloves, steel-toe mining boots and a heavy flame-retardant black cape, I felt like I could actually go out and fight crime whenever I suited up (my former partner couldn’t fit into it), if I didn’t collapse from exhaustion or heat stroke first.

I donned the suit for Consolidated Theatres’ premiere of The Dark Knight Rises at Ward 16, wore it to movie screenings at UH Mānoa’s Campus Center, and even made cameos at friends’ weddings. It started to feel gimmicky after a few weeks, but two events made it all worthwhile. The first was a Hawai‘i Children & Youth Day gathering at the state Capitol, where I got to wow people dressed as the Caped Crusader. The second event was for a little boy who wanted to meet Batman, which the Make-A-Wish Foundation made happen. He and I rode in a Batmobile (thanks, Audi of Honolulu!) and fought costumed “bad guys” at iTrampoline in Kapolei. It was a great day, and not just because I got to eat slices of Batman-themed cake.

I think the best approach to volunteering is to do what you actually enjoy. I’ve been lucky to have found ways to combine my love of cartoons with giving back. If you’re good at making things with your hands, try helping kids with crafts at the Boys & Girls Club of Hawai‘i, or build a house with Honolulu Habitat for Humanity. If you’re an athlete, Island Youth Sports and O‘ahu’s various American Youth Soccer Organization chapters are looking for coaches, team managers and referees. Thrill-seekers can raise money and go “Over the Edge” of the 40-story Hyatt Regency Waikīkī for Special Olympics Hawai‘i. Art enthusiasts can become docents at Bishop Museum or the Honolulu Museum of Art. (I’m considering this last one in 2023; don’t worry, I won’t doodle on the artwork.)

Hawai‘i has tons of organizations doing good works for various local communities, and there are plenty of ways to help them. Find what works best for you and it might change your life. Plus, I can guarantee that (this) Batman will be proud of you. What’s cooler than that?