The Hawai‘i Film Foundation at Nu‘umealani is raising money to try and purchase the historic property. 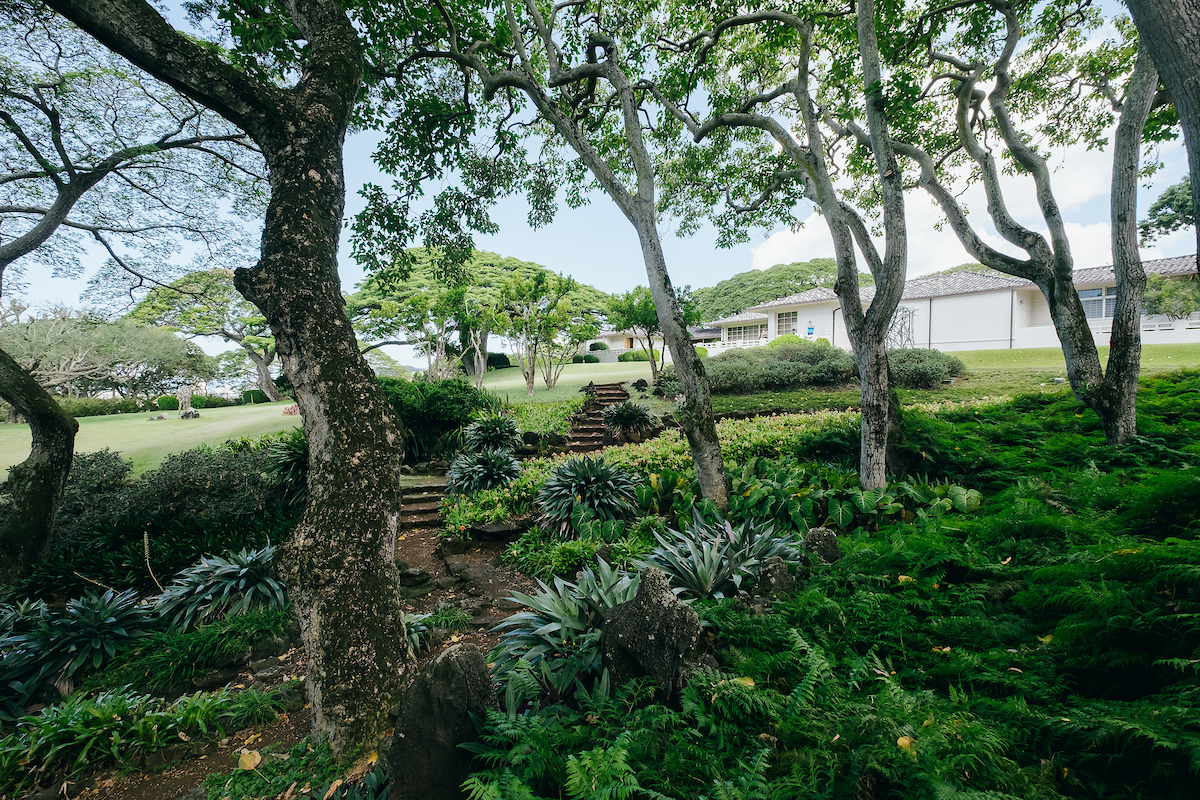 Since it was built, the Spalding House—the residence that Anna Rice Cooke built for herself in Makiki Heights in 1925—has had an intimate connection to the arts. Cooke commissioned it after she donated her Beretania Street property for the construction of what is now the Honolulu Museum of Art. The large but unimposing house later became The Contemporary Museum, then the satellite gallery for HoMA. When the latter announced in 2019 that it planned to sell the Spalding House, also known as Nuʻumealani, or Heavenly Terrace, it appeared that its connection to the arts would be lost.

Now a newly established nonprofit called the Hawaiʻi Film Foundation at Nuʻumealani is hoping to save the Spalding House by transforming it into a center for Hawaiʻi’s independent filmmakers. The former gallery spaces and detached Milton Cades Pavilion would be converted into intimate screening theaters and meeting rooms, while much of the rest of the 13,000-square-foot facility would serve as a joint headquarters and permanent home for as many as 10 Hawaiʻi-based film organizations, including the Hawaiʻi International Film Festival, Pacific Islanders in Communication and ʻOhina.

The idea was sparked by a meeting between Jeannette Paulson Hereniko, best known as the founder of HIFF, and Sarah Bakewell, a Realtor who wanted to preserve the Spalding House as a community asset. Hereniko, who had been searching for a home for the festival, says she knew of “at least 10 nonprofit film organizations that, like the film festival, were hobos, going from building to building for a place to stay.” She considered the Spalding House as a possible solution, then called each organization’s executive director. “All 10 of them said, ‘Oh my God, wouldn’t that just be fantastic.’”

“What a gift for somebody to be thinking forward for others. But that’s part of what Jeannette’s gift has always been. She’s been a visionary.”

Ciara Lacy, a Native Hawaiian filmmaker whose short film, This Is the Way We Rise, was accepted into the Sundance International Film Festival in 2021, says: “What a gift for somebody to be thinking forward for others. But that’s part of what Jeannette’s gift has always been. She’s been a visionary.”

Indeed, in the 41 years since Hereniko established HIFF, the festival has gone from screening a handful of films for a few thousand people to being ranked as one of the most prestigious film festivals in the U.S., alongside the likes of SXSW or Telluride, with attendance topping 50,000 people. “It’s very natural to me, I guess,” Hereniko says of her knack for creating programs from scratch. “I just see things that aren’t and visualize how they could be.”

Still, the Spalding House presents significant challenges. Besides the $15 million price tag, the 3.5-acre property is expected to cost as much as half a million dollars annually to operate and maintain. Then there’s an estimated $2 million for renovations, which, depending on the condition of the house and the amount of audiovisual equipment being installed, could end up costing twice that much, according to an architect familiar with the plans. To date the group has raised close to $1 million based on word-of-mouth alone, and several businesses and foundations have pledged funds to help maintain the space once it is acquired, Hereniko says.

Potentially more challenging is the property’s conditional use permit, which limits the number of nighttime events to just six per year, with no more than 200 people—restrictions that HoMA cited in its decision to sell the property. Hereniko maintains that the foundation’s programs would be compatible with the current permit, with events—including film screenings for students and selection committee work for festivals like HIFF—taking place largely during the day. “To me, that’s not a restriction,” she says. “That’s a reality and it needs to be followed.” 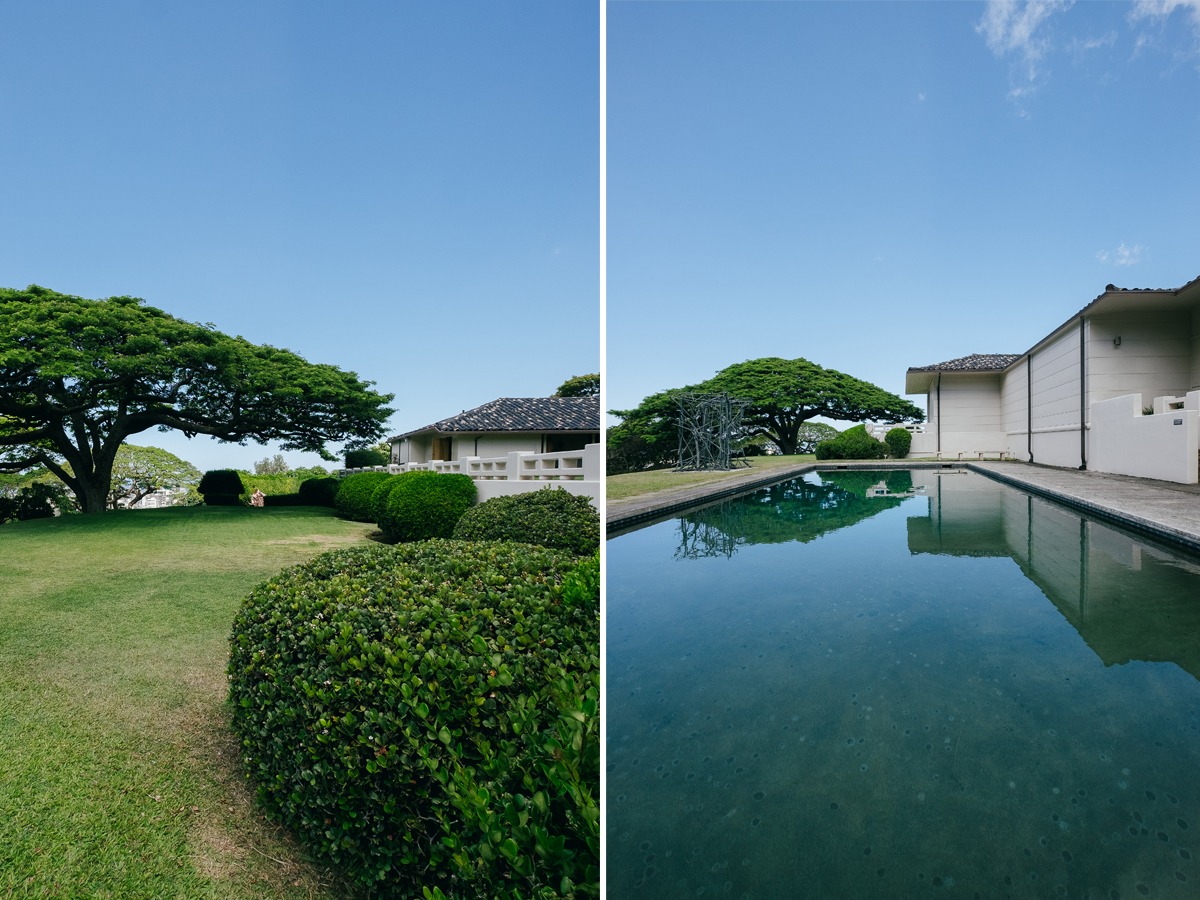 Lacy says the proposal outlined by the foundation would provide new and critical infrastructure for Hawaiʻi’s visual storytellers, whose voices she says are needed now more than ever. “We’re at a critical point in this country where the conversation about race and representation almost mandates that we start operating differently,” she says. “And I think that’s why something like Spalding House is incredible.”

Says Hereniko: “It’s a place that’s collected stories for generations. The unseen elements of the home and the gardens are the generations of people that are connected to the ʻāina and to the house itself.

“It’s got deep roots. It’s got roots and wings, two important elements to this vision.”

The History of Hawai‘i From Our Files: Time-Honored Churches That Still Stand Today