Watch history be made at Pipeline, go see an Old West-meets-Shakespeare musical and make your own dumplings for Chinese New Year.

For the first time ever in competitive surfing history, the Billabong Pro Pipeline kicks off on the North Shore with men and women taking on the waves. It’s a big deal: Women have never participated in the World Surf League’s championship tour there before. Things have clearly changed, especially since local girl Carissa Moore wow-ed the global audience at the Tokyo Olympics in 2021 and became the first woman ever to win a gold model in surfing. You can see her facing Pipeline waves in the women’s third heat, as well as Seth Moniz in the men’s first heat—a total of nine athletes from Hawai‘i will be participating. You can see the full lineup online at worldsurfleague.com. Food vendors will be there offering pre-packaged items if you’re planning to see the event in person. As on any other day when surf’s up, parking’s going to be limited, so consider catching a ride if possible, or watch the competition for free online. You can also download the free WSL mobile app or watch the competition on Spectrum’s SURF Channel locally.

SEE ALSO: Carissa’s World: How a Self-Effacing Girl from Kaimukī Surfed Her Way to Olympic Gold

Shakespeare’s comedy Measure for Measure takes on a cool musical twist by taking place in the Wild West. The show has been playing at Mānoa Valley Theatre all month and there are plenty of tickets available for its remaining days. The gist of it: Handsome Johnny Blood is sentenced to hanging for killing a man in a bar fight. Complications arise as his sister tries to set him free of his sentence. Add in a priest who reads Nietzsche, a hard-as-nails sheriff and a corrupt governor, and you have a frisky, hilarious musical comedy.

Listen to the “American Pie” Singer

Everyone associates Don McLean with his classic hit “American Pie,” but he’s got other tunes under his belt, like “Vincent (Starry Starry Night)” and “Castles in the Air.” And, most people don’t know this, but Roberta Flack was singing about him when she sang, “Killing Me Softly With His Song.” McLean was scheduled to perform here twice before, first in October 2020 and then July 2021, so third time’s the charm (we hope). You’ll need to get somewhat dressed up per Blue Note dress code, and remember there’s a $10 minimum per person for drinks. You can park at the ‘Ohana East Hotel for $6 for four hours, or go valet at the Outrigger Waikīkī Beach Resort, which is $15 for four hours. 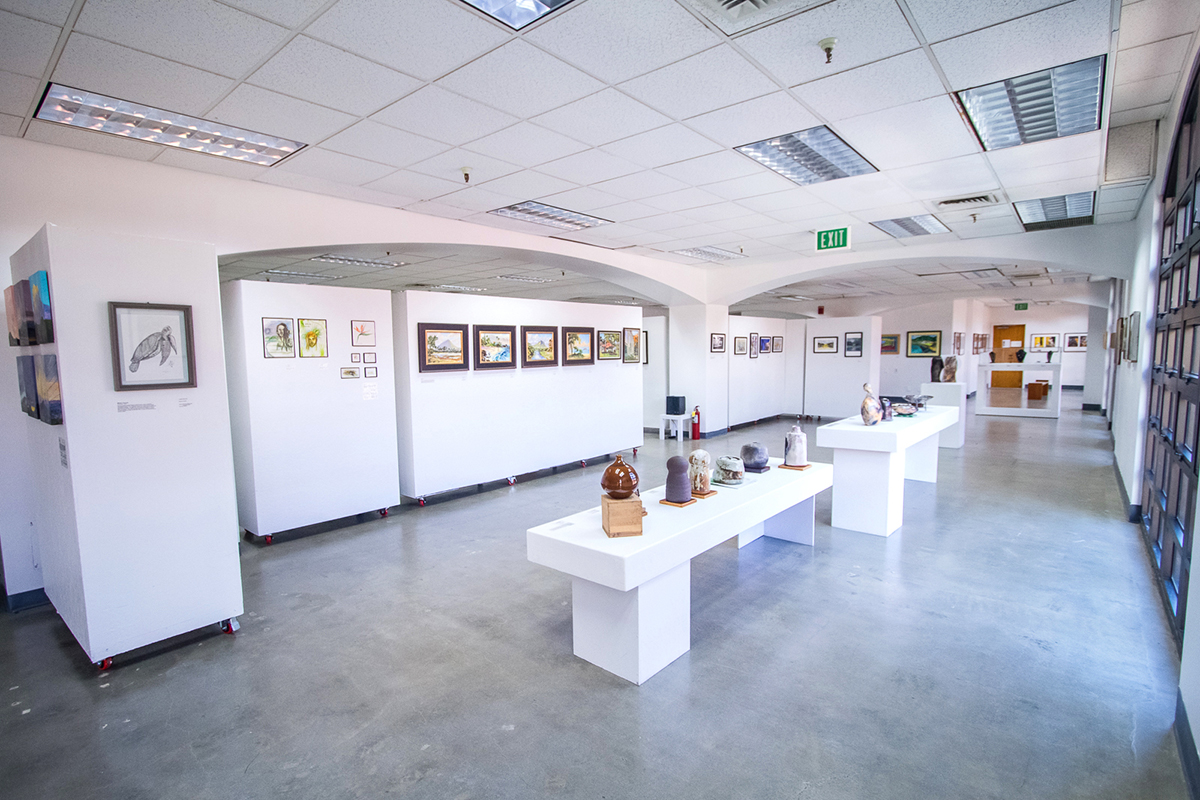 Downtown Art Center hosts 34 architects and architecture designers for Architects as Artists, a curated exhibit including paintings, drawings, ceramics, sculpture, glass works, metal works and mixed media. It’s a chance for these designers to show off their more artistic side and for the public to see how these architects get inspired. One big name is Francis Oda, who is responsible for the Four Seasons Lodge at Koele, the Four Seasons Manele Bay Hotel and Hanauma Bay Nature Center. Other names include Stephen Haus, Dwayne Adams, Gary Yee and Bonhui Uy. There will be an artists’ reception on First Friday, Feb. 4, from 5:30 to 8 p.m.

SEE ALSO: A Nonprofit Hopes to Save Spalding House as a New Home for Hawai‘i Independent Filmmakers 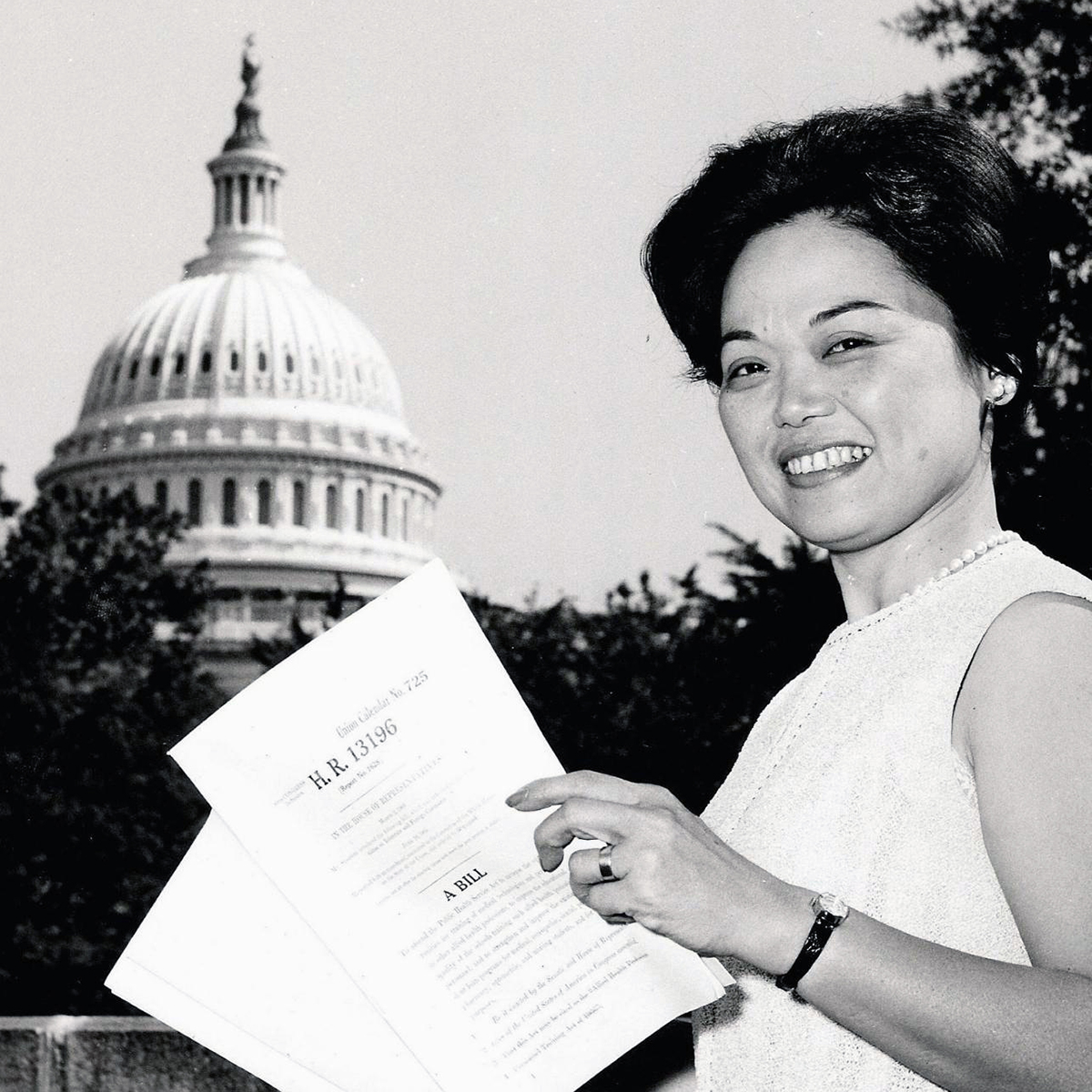 Photo: Courtesy of Patsy T. Mink Papers of the Library of Congress

In honor of Civil Liberties and Constitution Day in Hawaiʻi, watch a documentary about the extraordinary Patsy Mink, the first woman of color elected to the U.S. House of Representatives and the first Asian American woman to serve in Congress. The film Patsy Mink: Ahead of the Majority will stream online Jan. 27, through Feb. 10, and on PBS Hawaiʻi this Thursday at 8:30 p.m. and Sunday at 1 p.m. Then join a virtual discussion with film director Kimberlee Bassford via Zoom. Here’s a quick refresher on the remarkable Mink: She wrote Title IX, which banned discrimination in educational programs for folks receiving federal financial assistance; passed the Women’s Education Equity Act to promote gender equality; and was the first Asian American to run for president.

Register online to participate in the Zoom talk.

SEE ALSO: O‘ahu in 1985: Patsy Mink Was Already in the Political Vanguard When We Interviewed Her in 1985 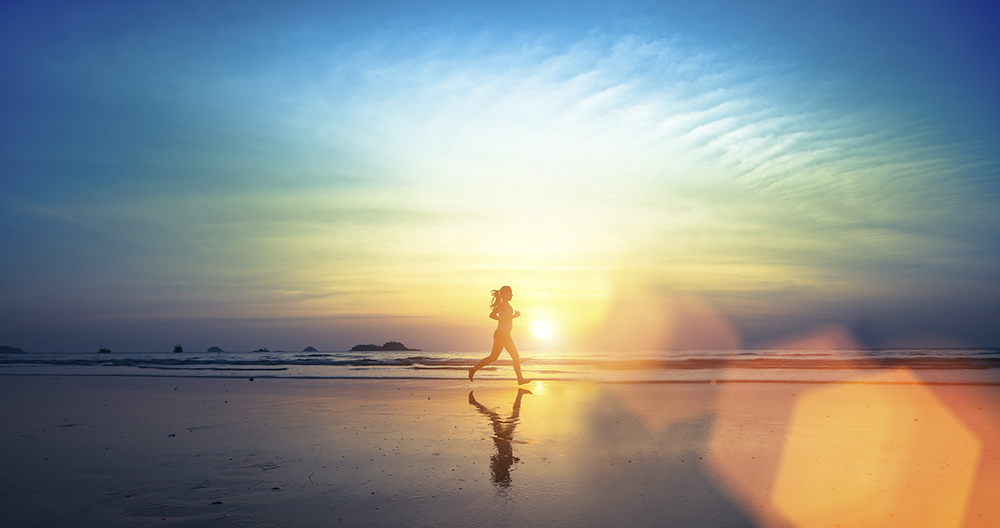 Join a Virtual Run/Walk for the Whales

For the second year, the Pacific Whale Foundation’s annual run/walk goes virtual starting in February. You have 28 days to log your 14.9 miles, which is the length of the course from PWF headquarters in Māʻalaea to its Lahaina Ocean Store on Maui. Participating virtually means the course is up to you: Track your miles around the block, at a park or on a hike—as long as you complete the 14.9 miles by Feb. 28. Participants get an official medal and the top three fund-raisers receive a PacWhale Eco-Adventures eco-friendly swag bag. Proceeds go toward the research, education and conservation programs of the foundation. 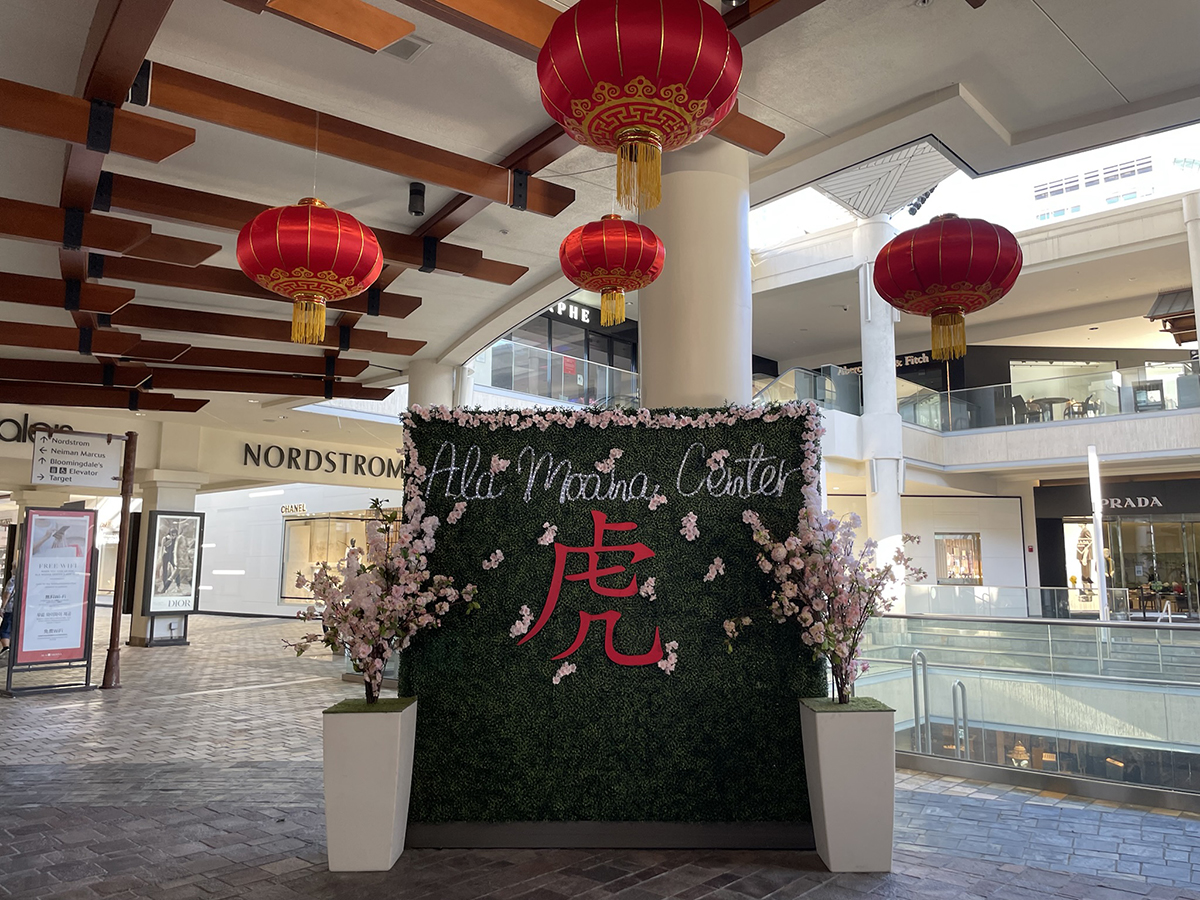 Photo: Courtesy of Ala Moana Center

If you’re itching for a shopping spree, Ala Moana Center is celebrating the Year of the Tiger with cute, limited-edition canvas zip totes if you show a total of $125 in receipts to Guest Services. Check out Chinese calligraphy demonstrations on Sunday, Jan. 30, from 1 to 3 p.m. and make sure to snap some pics at the selfie wall on Mall Level 2, Center Court, which will be up until Tuesday, Feb. 1. 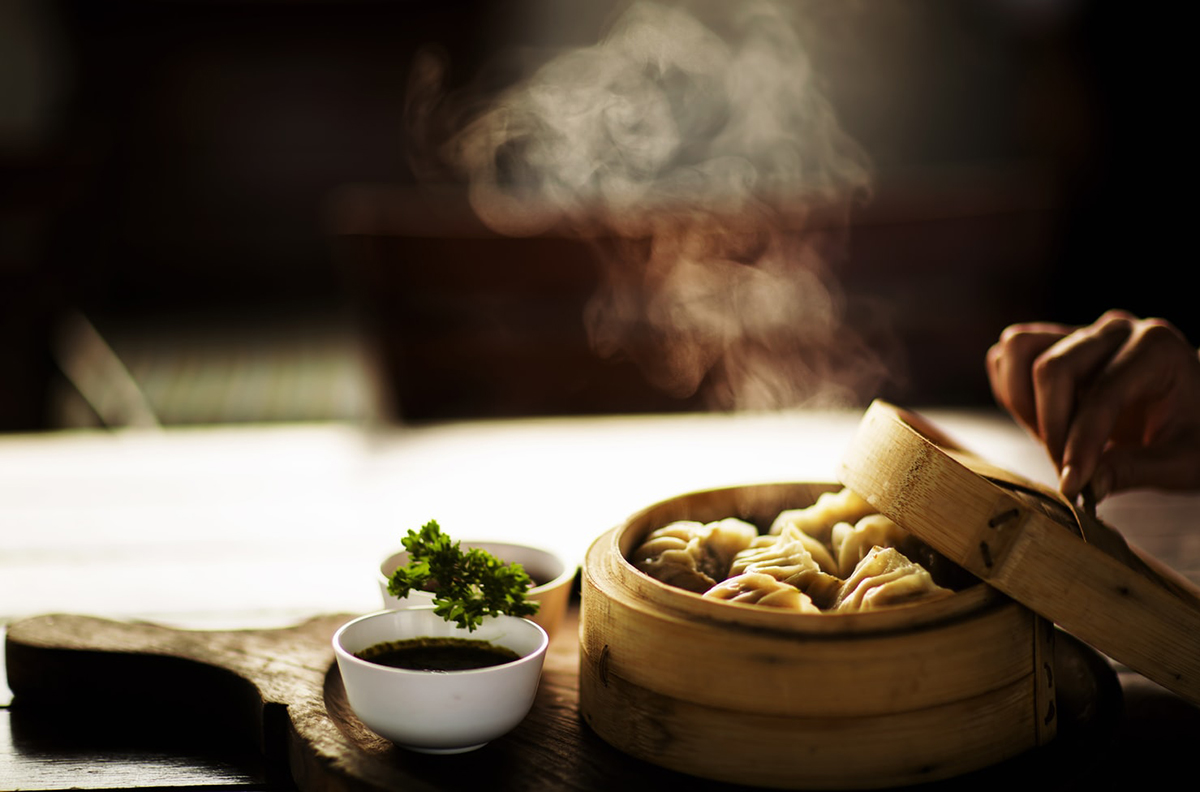 Have a Dumpling Party

Get into the Lunar New Year mood at home by picking up a DIY dumpling kit put together by Pai Honolulu. The kits come with ingredients for 20 or 40 dumplings, priced at $18 and $30, respectively. There are two delicious options: pork or vegetarian. The fillings are pre-mixed with the meat or vegetables, herbs, seasoning, spices and wonton wrappers. Need a refresher on how to fold them? No worries—you’ll get a step-by-step instructional video hosted by Hawai‘i Theatre in your email, so you’ll be ready to go once you get home. Just remember to order by Thursday, Jan. 27, at 5 p.m. for pickup on Friday, Jan. 28, or Saturday, Jan. 29, between 4 and 5:30 p.m. at Pai. A portion of sales will go toward Hawaiʻi Theatre.

The pickup spot is on Queen Street at the Harbor Court porte-cochère, paihonolulu.com/cny, @paihonolulu