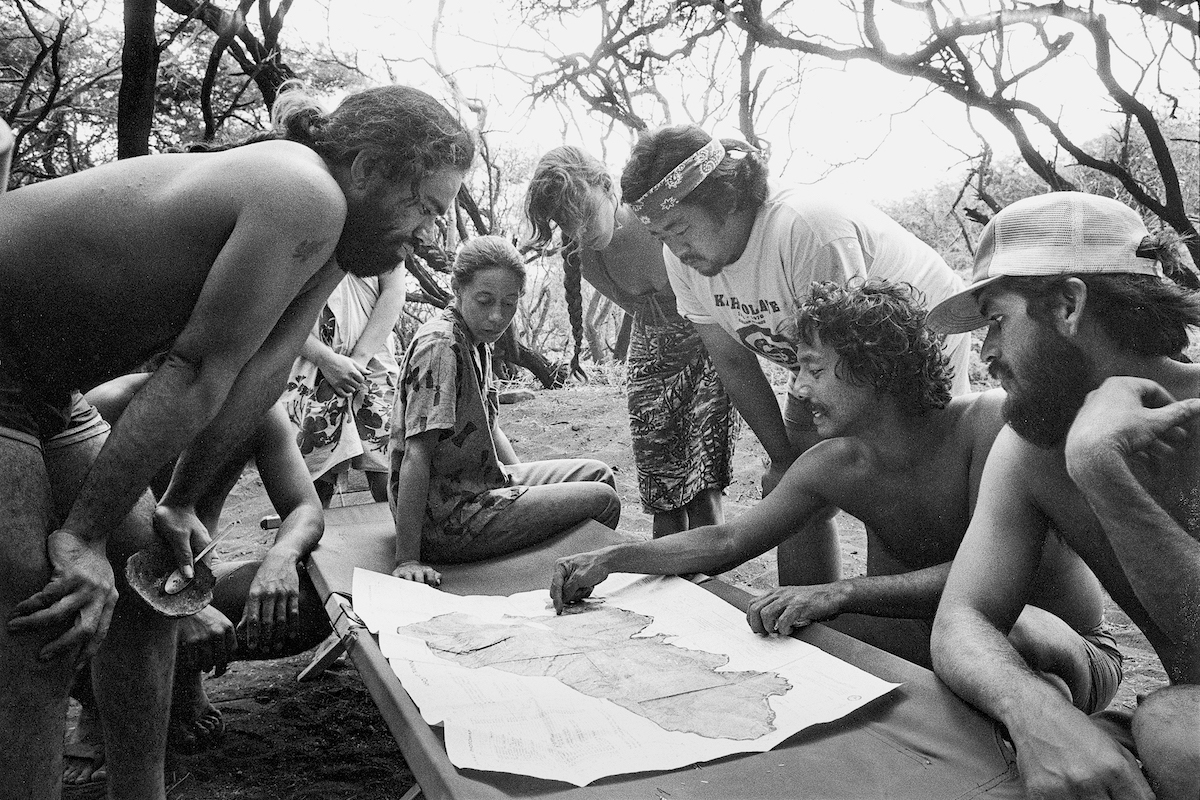 Kaho‘olawe in 1979 with Protect Kaho‘olawe ‘Ohana. Photo: Courtesy of the artist. Kaho‘olawe.©Franco Salmoiraghi

A new exhibition takes us back to the early days of the restoration of Kaho‘olawe through the powerful black-and-white images of noted photographer Franco Salmoiraghi. Arts & Letters Nu‘uanu is presenting photos from trips to the bomb-battered island in 1976, 1979 and 1987. Developed with the help of the groundbreaking Protect Kaho‘olawe ‘Ohana, the exhibition features some photos never publicly displayed until now. In the photo above, Dr. Noa Emmett Aluli goes over a map of the island ahead of a group cross-island holoholo the next day. Members of the group say the long barefoot walks helped to inform cultural access outlined in the consent decree that followed. 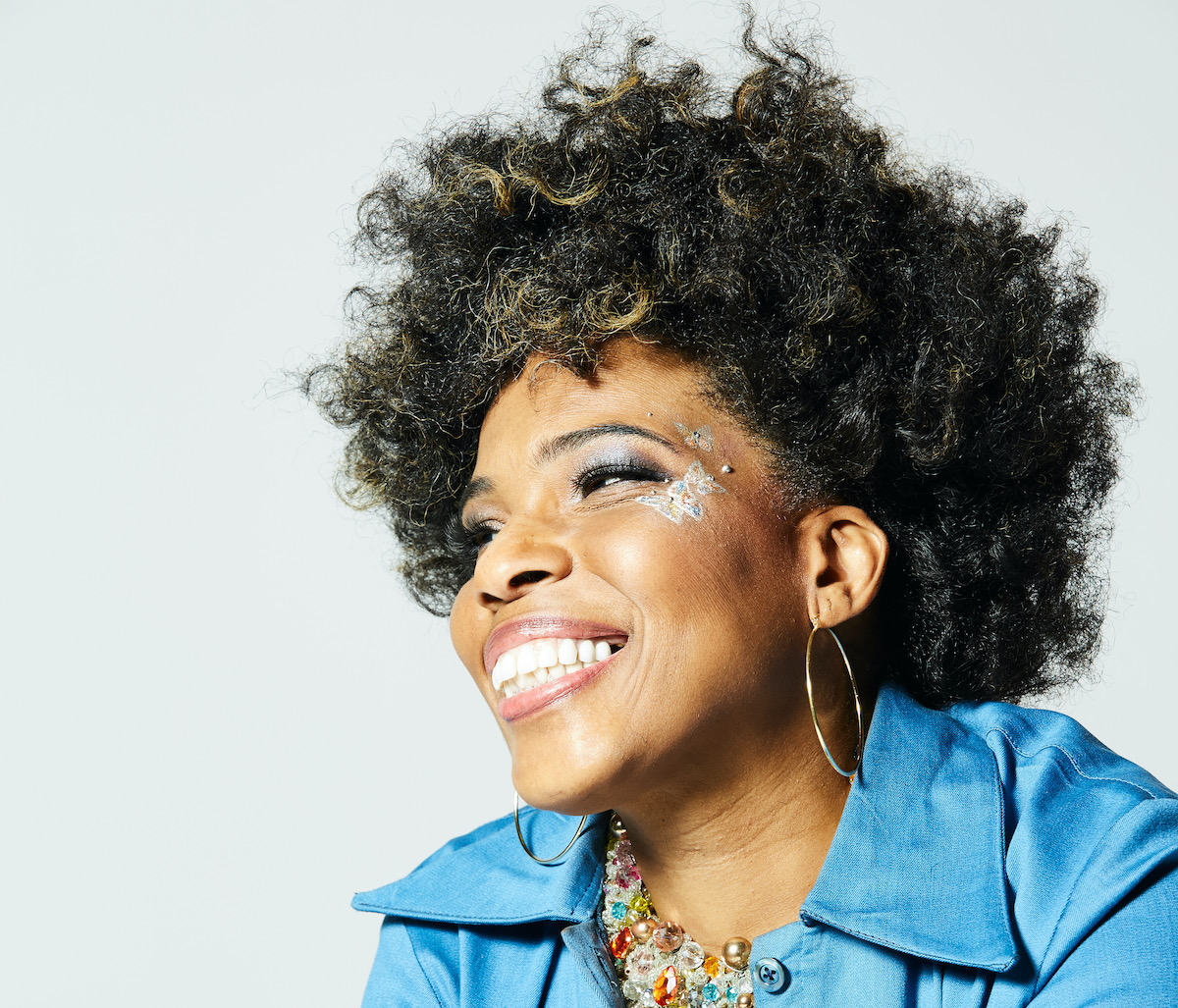 The unmistakable Macy Gray brings her soulful and funky spirit to Waikīkī this week for three nights of shows at the Blue Note. While we never get tired of the Grammy-winning singer’s “I Try,” she remains a current global sensation, still innovating and evolving. Recent collaborations have included Ariana Grande and Galactic and she’s here to perform some of her favorites from her latest, an 11-song release created mid-pandemic called The Reset. 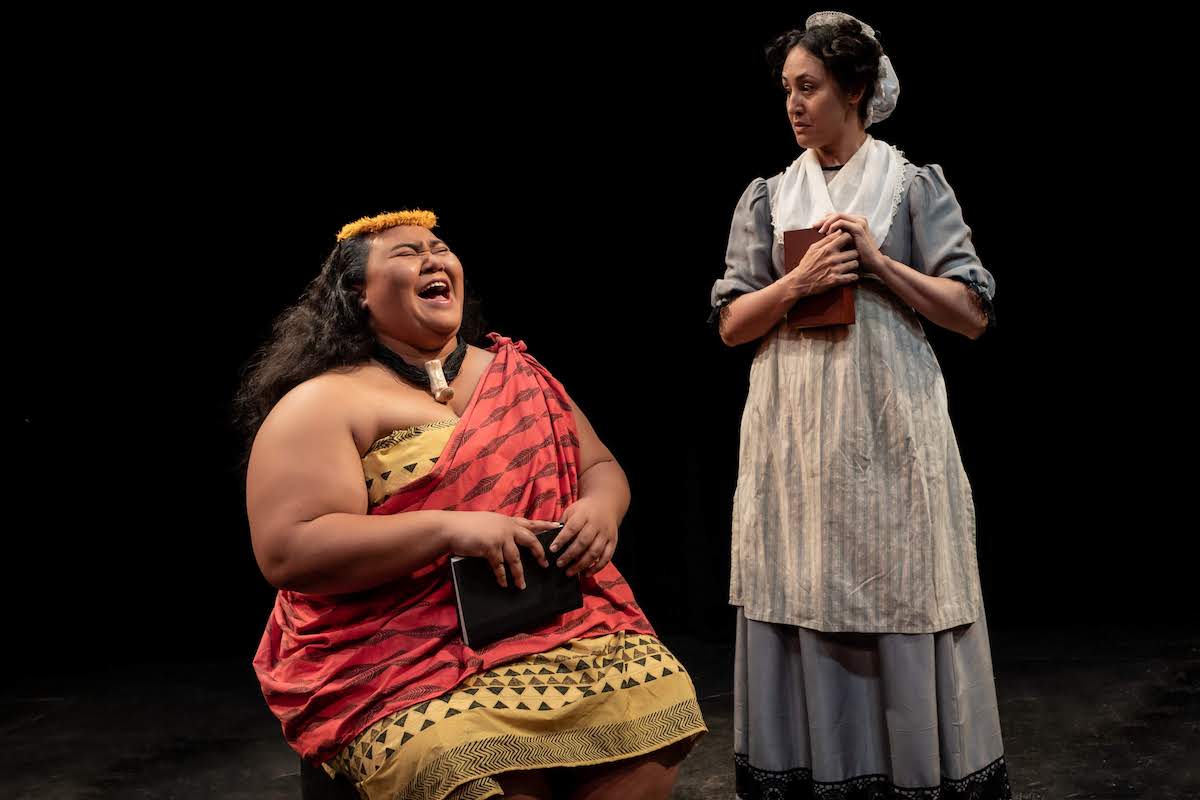 Missionaries Lucy Thurston and Sybil Bingham arrive by ship in 1820, the year after Queen Ka‘ahumanu overthrows the traditional kapu system, and see a royal opportunity that will change Hawai‘i in so many ways. This contemporary classic play presented by Kumu Kahua Theatre and written by Victoria Nalani Kneubuhl explores the complex historical drama of the beginning of Christianity in Hawai‘i. The show was originally scheduled for March 2020 but was postponed until now because of the pandemic. The show continues each weekend through Feb. 20.

SEE ALSO: How Hawai‘i Comedians Are Using Social Media to Cash in on Local Culture

Since we’re clearly all more than ready for some laughs, check out a local comedy showcase in Chinatown from the folks at Comedy U, including Jose Dynamite, Michael Madsen, Long Lox, Kenny Kusaka and Nelly Jones. Throughout the pandemic, a robust roster of stand-up comedians has popped up at local venues, including Anna O’Brien’s, Slack Key Lounge, Taqueria El Ranchero in Kapolei and the Blue Note.

SEE ALSO: Should Honolulu’s Recycling Program Go Up in Flames?

You’re killing this new year by letting go of what no longer serves you AND decluttering your life safely. Here’s a chance to shred sensitive documents safely for free: checks from that account you closed, tax returns you don’t need anymore, throw in some letters from an ex, we won’t judge. The folks at Ka Makana Ali‘i invited Shred-it information security professionals to offer this sustainable service at the shopping center. Bring up to two file boxes of paper to shred for free. Paper clips, staples, folders and envelopes can safely go into the shredding machine with the documents. You’ll want to reward yourself for getting this organized, so go shopping right after. You deserve nice things!