See a fireworks show, attend a virtual pineapple drop and shop at a K-pop pop-up. (Try saying that twice as fast.) 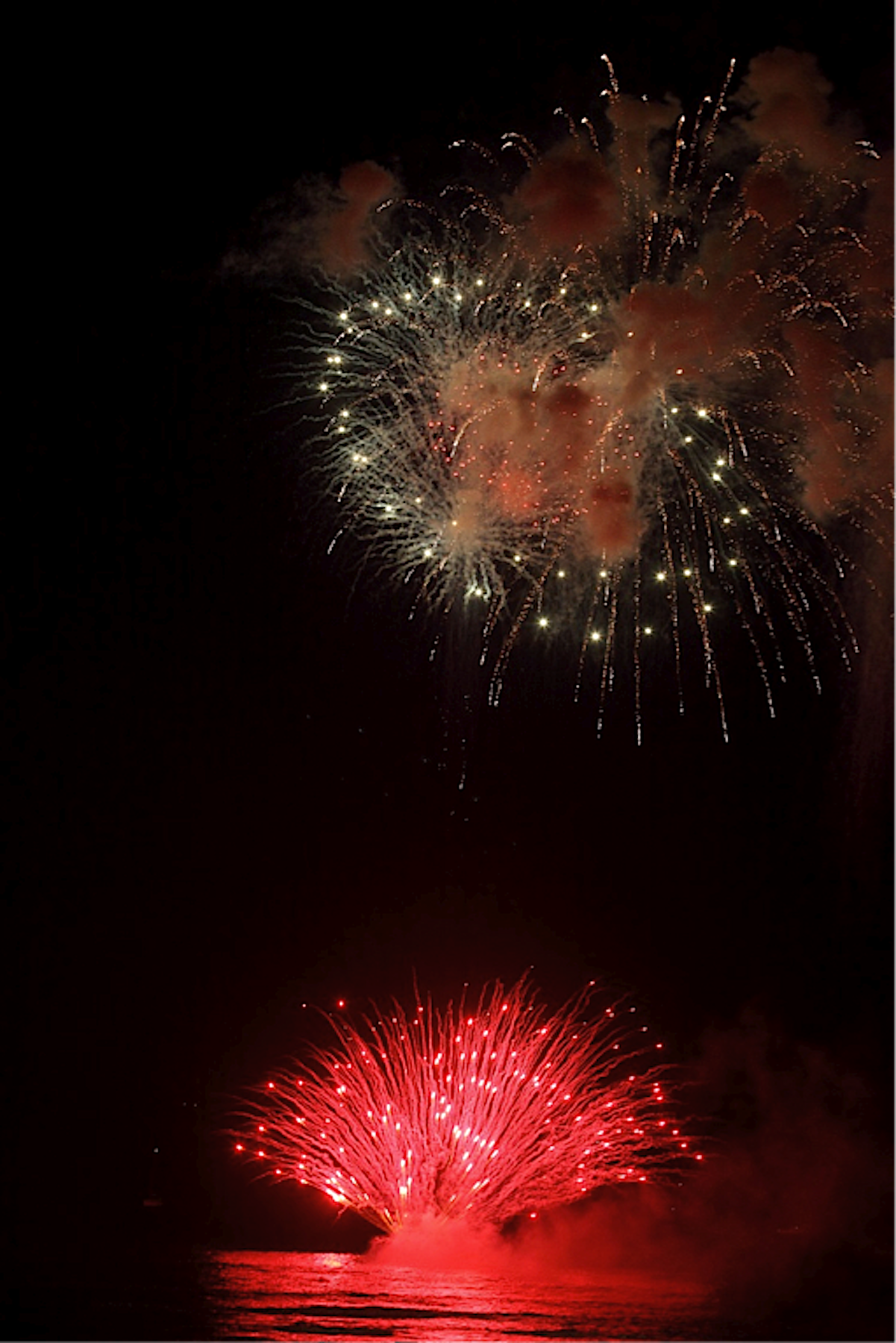 End the Year with Fireworks

Grab your beach blankets and swing by Waikīkī Beach to see the fireworks show at midnight sharp. The fireworks barge will launch shells up to 300 feet in the air from about a mile off the coast. The show lasts about eight to 10 minutes. The main event is the Grucci Gold Split Comet, in which shells are fired simultaneously to create a sparkling Milky Way effect. It’s supposedly the most exclusive shell by Grucci—the internationally famous fireworks company that’s produced shows for the Olympics and presidential inaugurations. Hawai‘i Public Radio will air a special in coordination with the show, so tune your radios to 88.1 or 88.5 FM, or stream it on the HPR website or mobile app. Most people make their way to the beach around 11 or 11:30 p.m. after a late dinner, so consider getting there early to snag a good spot.

Laugh your way into the new year with stand-up comedian Bill Maher at his 10th annual New Year’s Eve show in the Islands, together with special guest Nikki Glaser. You might know him from HBO’s Real Time or the solo specials Bill Maher: Be More Cynical and I’m Swiss. Most of the balcony seats are still available. Remember, large bags and outside food and beverages are not permitted, so eat an early dinner or purchase snacks or drinks there. Maher isn’t family friendly, so leave younger keiki at home. 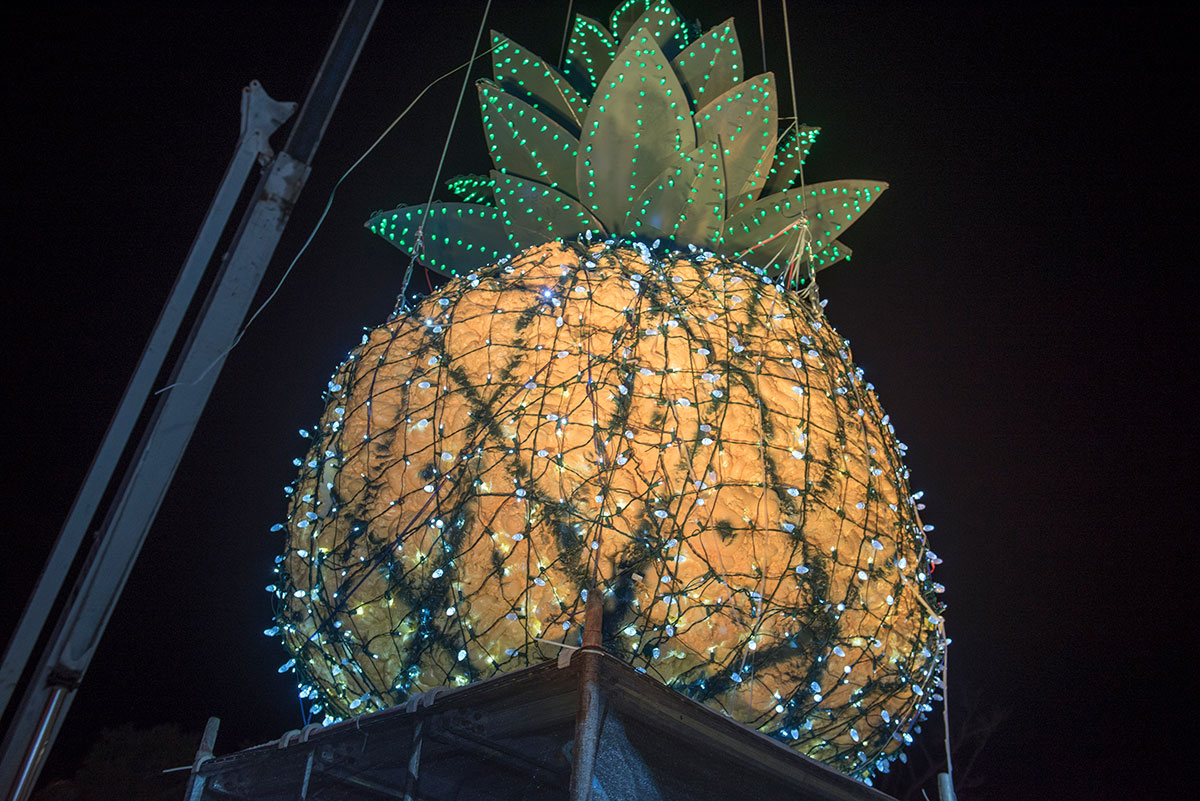 Some watch fireworks, others clink Champagne glasses at midnight. If you’re not a night owl, watch Mililani’s pineapple drop at 7 p.m. online via Facebook or Instagram in coordination with the Times Square Ball Drop. Have dinner at the Town Center before heading over, or grab takeout and tune in at home. The pineapple will be on display for selfies until Dec. 31 at center stage.

Violinist Joshua Bell teams up with conductor JoAnn Falletta and soprano Larisa Martinez to perform a program by American composers. The program includes Barber’s Violin Concerto, selections from Aaron Copland’s Appalachian Spring, Leonard Bernstein’s West Side Story and George Gershwin’s An American in Paris. As of Dec. 28, there are still quite a few of the cheaper tickets ($27) available toward the back balcony and more tickets ($54) available on orchestra right. Keiki ages 3 and up are required to purchase a ticket.

“Island Style” crooner John Cruz returns with a new EP. Now you can listen to his newest single, “It’s Time To Build A Bridge,” online. We’re loving the folk/country vibes and the timely lyrics. Here’s a snippet:
“Here we are, all different kinds of equal
We’re here to build a bridge
We the people, we who will be acting of our own free will
Across the chasm slanting down that long green.” 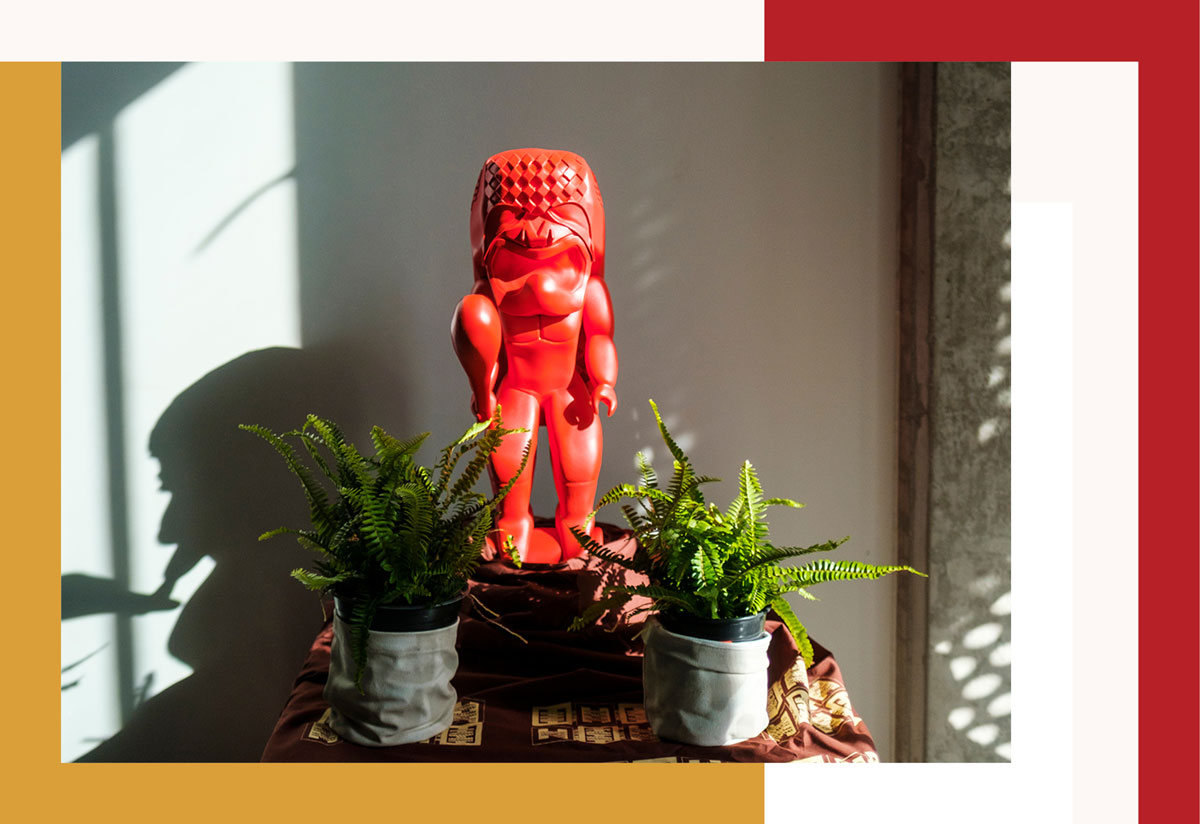 Honolulu Museum of Art hosted Joyful Return, a series of pop-up installations and interactive exhibits throughout 2021. The exhibition ends Jan. 9, 2022, so if you’ve got time this weekend, visit and take a look at the garden installation and community green space that were part of the exhibition. Artists of Hawai‘i Now will come to a close on Jan. 16, so be sure you check it out while you’re there, too. Note: The museum will be closed on Jan. 1. 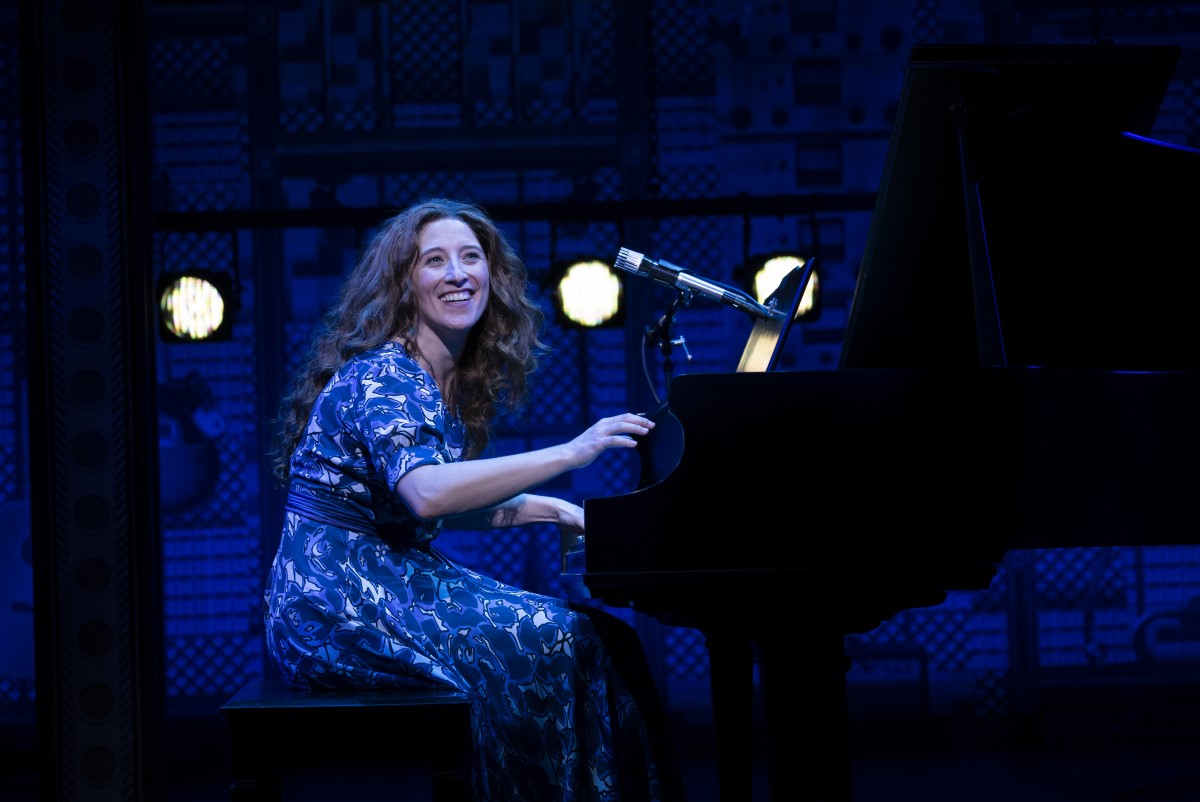 We can’t stop thinking about the next Broadway in Hawai‘i season. Take time this weekend to purchase season tickets online, which allows you to watch Beautiful: The Carole King Musical (April 19–24, 2022), Hamilton (Dec. 15, 2022–Jan. 29, 2023) and Cats (June 13–18, 2023). You can also choose to add on Jersey Boys (Sept. 13–25, 2022). Season tickets come with perks: You can purchase additional tickets—including for friends, neighbors, family and as gifts—before they go on sale to the public. And only season ticket holders can exchange their tickets for different performances of the same shows, and they can spread the cost of purchases over four payments. Last time we checked, tickets for Sunday nights had the most open seats, though many were in the very back. Weekdays also had a few spaces left. If you want priority purchase, sign up here; if you’re planning to go as a group, be the first on the group sales list by filling out the form online. 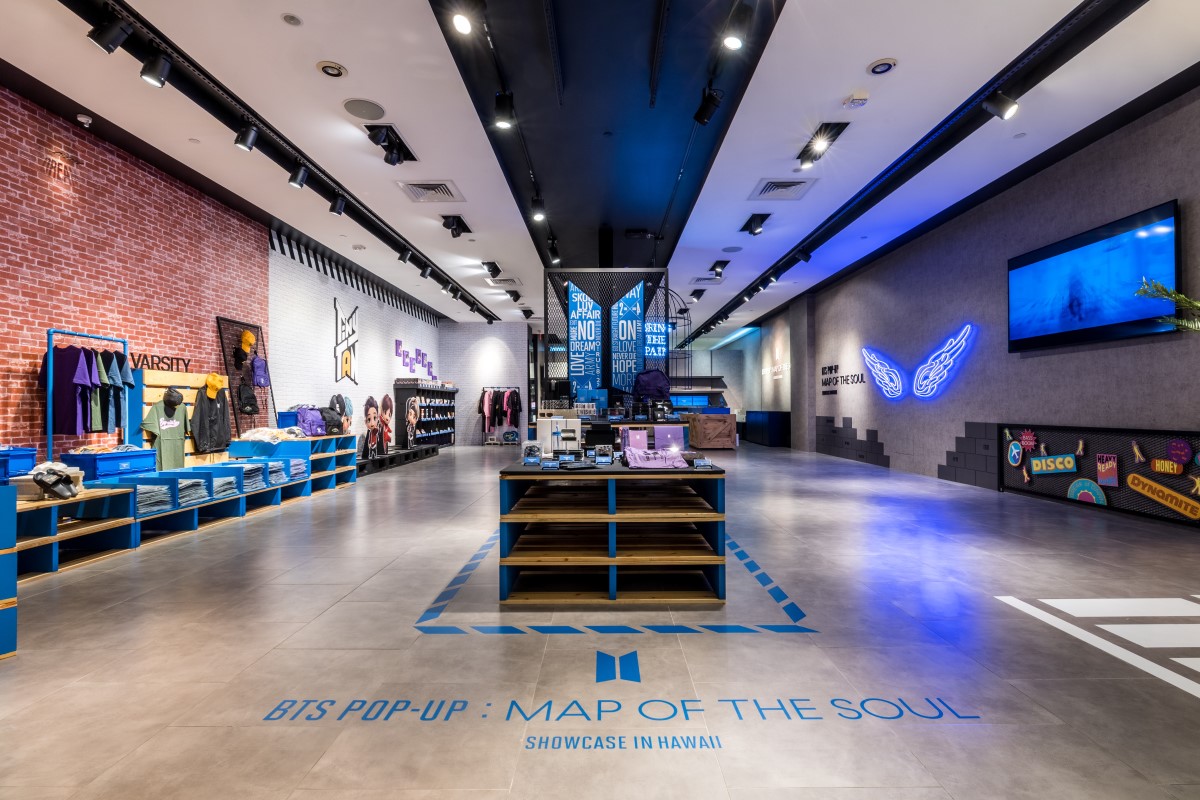 Shop Your K-Pop Heart Out

There are groupies and then there are Korean boy band groupies. If you’re among the latter, you’ll be heungbunhan (excited) to know you can now shop at BTS’ brand-new pop-up store, which opened in mid-December at Ala Moana Center. Peruse 250 authentic BTS-branded pieces of merchandise, most of them linked to the group’s latest album Map of the Soul: 7. There are totes, hats, slippers, sweaters, jewelry, mugs and even a bandage kit. Snap selfies at photo stations with figures of band members V, Jungkook, Park Ji-min, Suga, Jin, RM and J-Hope. Or watch music videos and dance along to BTS songs while shopping. (Band members won’t be making any live appearances, sorry.) The store is the first officially licensed BTS pop-up in the United States—other pop-ups have opened in South Korea, Japan, Singapore, the Philippines and Thailand. Some items can be purchased online, but current shipping charges are $55 so it’s way cheaper to buy at the pop-up store (plus, there are some in-person exclusives)—if you can reserve a time to shop. There are 50 reserved slots per hour; guests can make reservations up to two weeks in advance via btspopuphawaii.ponihoaloha.com. The store is only open for 100 days and most, but not all, items will be restocked. Note: The “Boy with Luv” bathrobe and the pink and black BTS logo pajama sets won’t be restocked, so snag ’em while you can.