Buy a local Christmas tree, join one of our best new restaurants for an exclusive meal, cheer on Indy and his dad and get ready to shop. 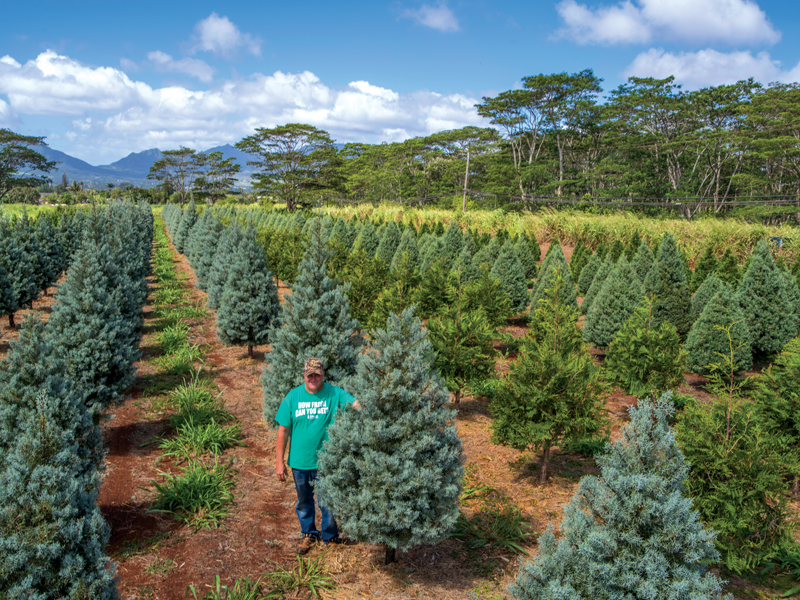 Open Wednesday through Sunday, until Dec. 23

The family-run Christmas tree farm opened early this season for Norfolk pine aficionados. Now, you can pick your own pine or cypress then relax as one of the farmworkers cuts it down and bundles it up for your ride home. Gates are open “until dark” Wednesday through Sunday. Trees start at $50 and cap out at $175 for those with 14-foot ceilings. 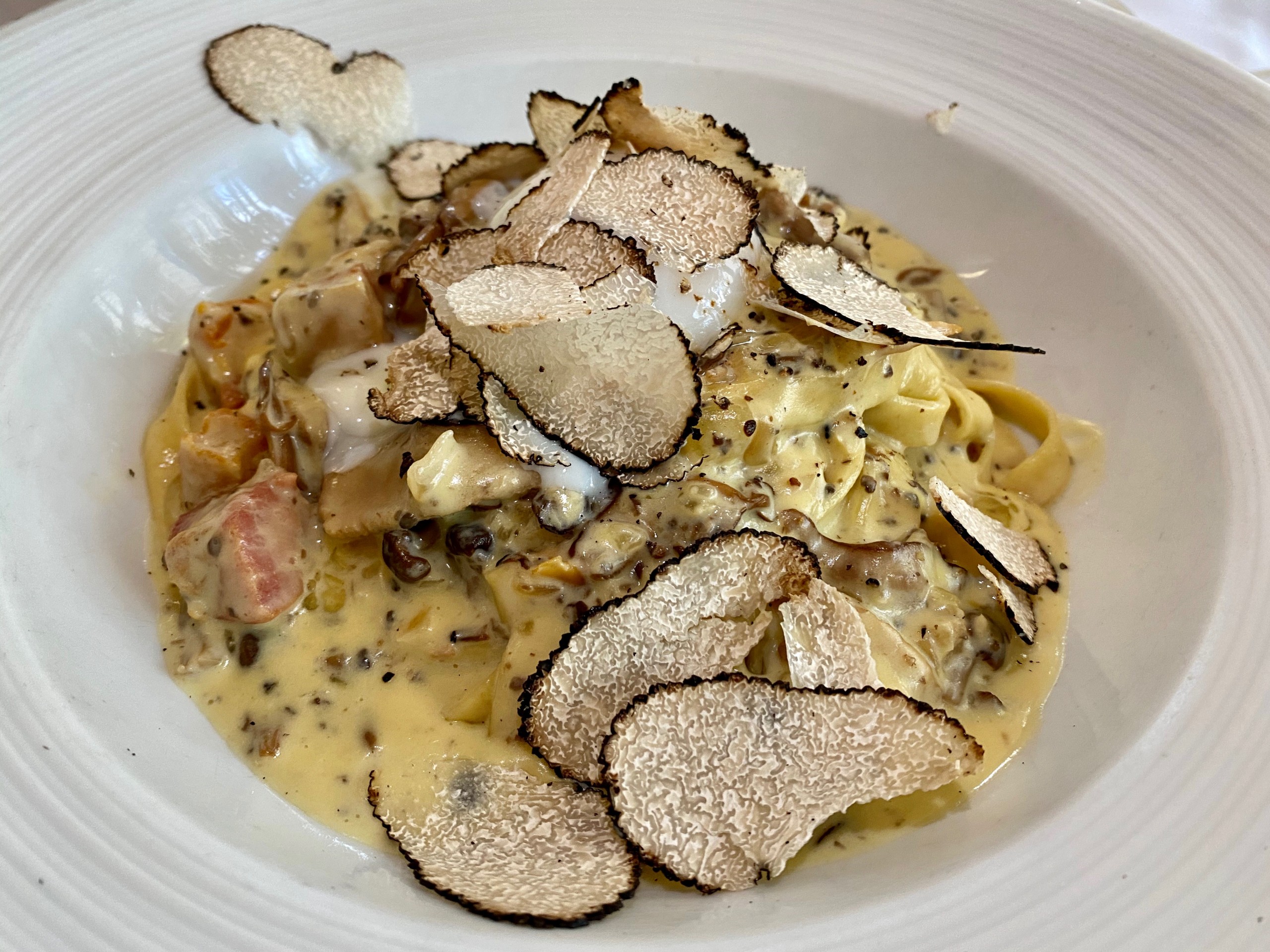 We love our restaurants and this month, we start celebrating Hawai‘i’s best: our Hale ‘Aina winners. If you missed out on this week’s exclusive dinner at Mad Bene (try not to mourn the loss of the Kaua‘i shrimp and the restaurant’s house-made linguine with Dungeness crab) there are tickets left for our drive-in event. Reserve a space for live entertainment, mocktails and a five-dish meal served by winners Taormina Sicilian Cuisine, Noi Thai Cuisine, MW Restaurant, Roy’s and Nico’s Pier 38.

You can finally end that hunt for a crochet Baby Yoda and tap into your holiday (and charitable) spirit during this streaming fundraiser for Special Olympics Hawai‘i. The group has five nights of live online programming planned, with athlete appearances and prize giveaways. The schedule includes a Zumba dance party, cookie decorating tips, cooking sessions with chefs Sam Choy and Jocelyn Kanaele and an online auction featuring hotel stays, restaurant gift certificates and that handcrafted Baby Yoda. It all ends on Dec. 5.

The film festival is over and now the drive-in theater at Ala Moana Center is going mainstream. Take a holiday break this week (before it gets all Grinch and Elf) with Indy and his dad—the late but eternally suave Sean Connery—in Indiana Jones and the Last Crusade, or remember the days before you could catch a dinosaur-themed tour on Kaua‘i and watch Jeff Goldblum in the first Jurassic Park. Remember the rules: Tickets cover up to five people in an “enclosed two-axle vehicle,” just saying, and you can watch from the back of a pickup truck as long as no one has to yell, “Down in front!” Cars will be allowed in 45 minutes before the movie, so you have ample time for a car debate over whether the Dec. 17 drive-in movie, Die Hard, is really a Christmas film.

Amahl and the Night Visitors

Hawai‘i Opera Theatre goes back to the black box theater for the holiday-themed performance of the three kings on their way to greet a special baby on Christmas Day. The cast consists of six performers, who record their parts separately, with the resulting footage edited together into this one-act show.

We’ve been wondering how our local comics would riff about playing behind plastic partitions. Now, it’s time to find out. Blue Note Hawai‘i hosts Comedy U on the first three Wednesdays in December. The lineup includes Cathy Tanaka, Kenny Kusaka, Missy Ketchum and Andrew Joyce; Jhonny Rox Hollywood, Tavanna McMoore and Daryl Bonilla are your hosts.

SEE ALSO: How Hawai‘i Comedians are Using Social Media to Cash in on Local Culture

The lights won’t go on until Dec. 9, but Honolulu Hale’s masked-up Santa and Mrs. Claus arrived this weekend and the tree goes up on Wednesday, Dec. 2. So watch the buildup along King Street and get ready for the virtual celebration. 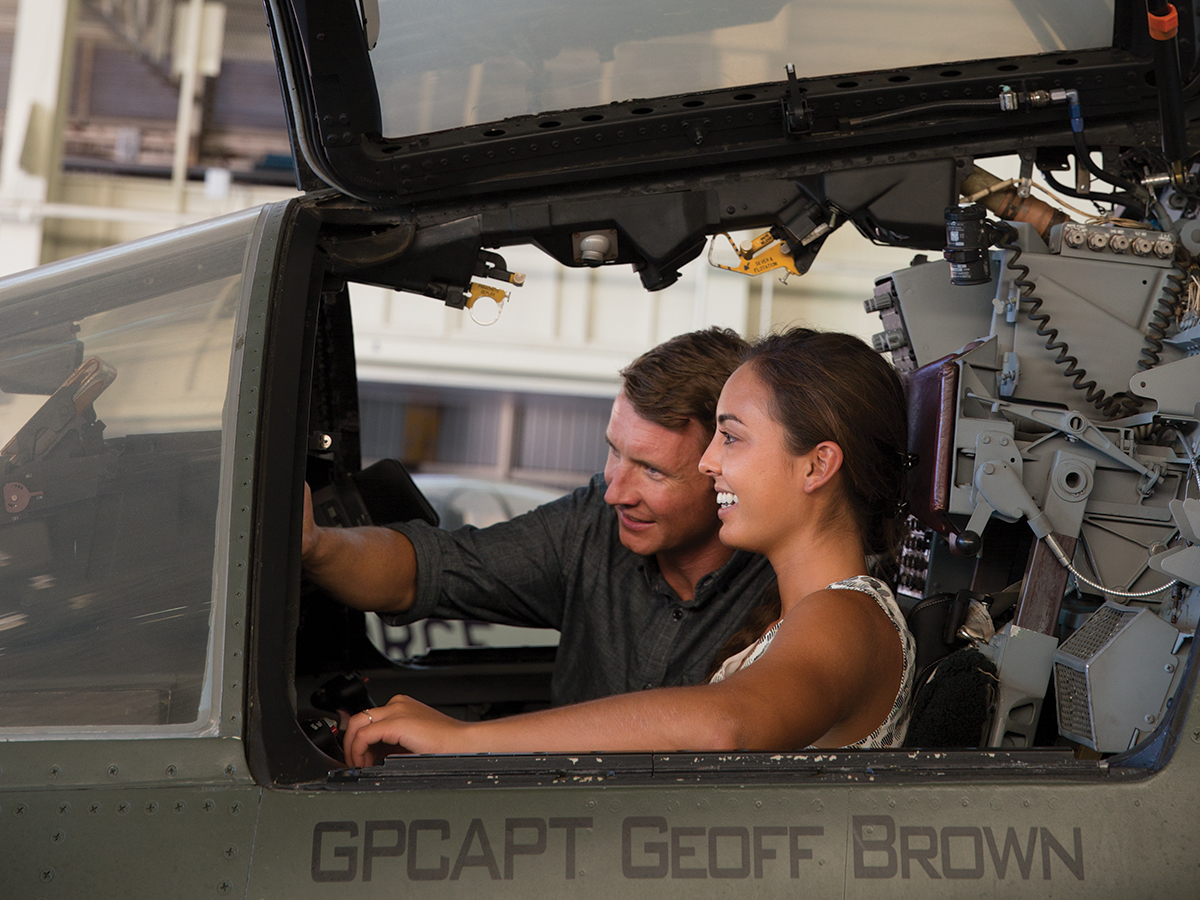 After months closed, the Pearl Harbor Aviation Museum is open again, just ahead of the anniversary of the attack on Pearl Harbor. While it was closed, the museum added the largest piece of the USS Arizona’s deck to be displayed on land, so you can look through the portholes of the charred and damaged section.

The pop-up market of local vendors is this Sunday, then the next two Saturdays before Christmas.