Spend a day hunting for exotic species at this cool, shady and tucked-away garden in Central O‘ahu. 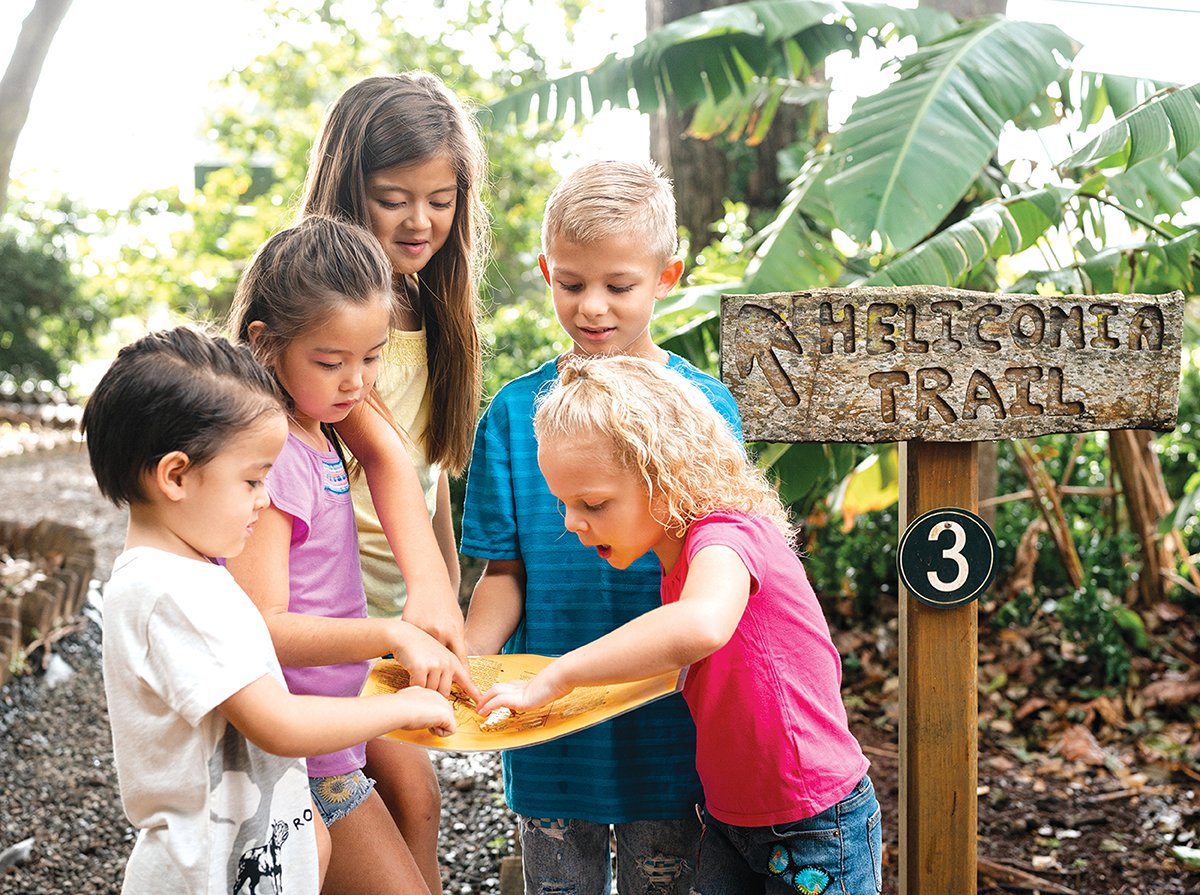 At 27 acres, Wahiawā Botanical Garden is the third-largest of five city-owned gardens. Once an arboretum for a sugar planter, it opened to the public in the late 1950s, welcoming people to its shady pathways and, because of the higher elevation, cooler temperatures. It isn’t as well publicized as downtown’s Foster Botanical Garden—though it’s almost double the size—or lush Ho‘omaluhia on the Windward Side, but the picturesque spot is just right for a morning exploration.

See also: 🥪 6 Best Spots for A Family Picnic this Spring in Honolulu

There is little hint of the garden when you drive in from town. Just off busy California Avenue is a small parking lot next to a wooden two-room visitor center, identified by welcome signs painted on bark and handwritten scheduling notes taped to the windows. The friendly volunteers there provide adult visitors a small brochure with a map inside and a laminated larger version for kids. Then, you enter the grounds. Immediately to the left, the path goes into a forested ravine, where stairs and ramps lead you past Hawaiian plants and several palm groves. I kept my two girls on the even, mostly shaded walkways of the upper terrace, which are paved and stroller-friendly.

First thing in the morning, the garden was largely empty. My 2-year-old raced to the open grassy area just past the entrance to run around. She was having a ball standing and jumping on the metal manhole cover, which seemed to defeat the purpose of my foray into nature, so I pulled her back to join my 7-year-old, who was avidly searching for the trees noted on her map. 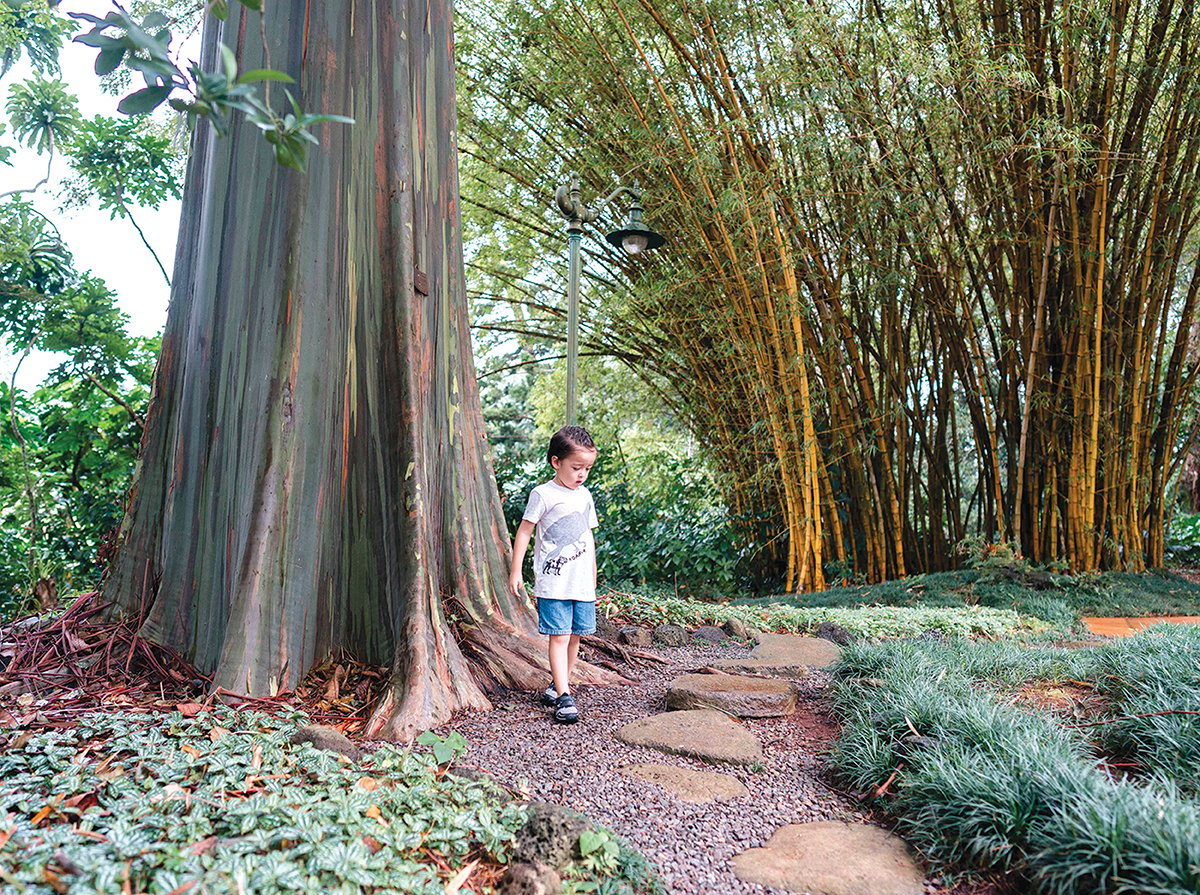 On that map, No. 1 marked the colorful rainbow eucalyptus tree, its bark peeled back to reveal a cacophony of colors. The map informed us that the Mindanao gum tree, as it is known, is one of the fastest-growing trees in the world, sometimes sprouting 10 feet in a year. Stepping stones led right to it, so my girls could touch its smooth bark and gaze at its towering trunk. Then we took off searching for more numbers.

The cool morning temperatures seemed to keep most of the bugs away, which was a bonus for my two who usually draw mosquitoes. My eldest was delighted to find a little pebble path branching off the main walkway; it wound its way past cinnamon and pili nut trees. Just off to the side, we discovered a few larger stones set up like stools. We sat in the shade while my toddler clambered over the giant roots curving around the area.

At the far end of the upper terrace, a second grassy area under tree cover beckoned. There, the girls ran in circles until they spotted a low lava rock wall peeking out from an archway of leaves. They declared it a fairy habitat and played an impromptu and compact game of hide-and-seek. Ducking behind the trunk of a nearby tree, my daughter looked and found giant pale green flowers above her. The map told us it was an elephant-apple tree and that those big blooms would turn into large fruit, treats for both pachyderms and people.

We took a quick snack break on one of the many benches scattered along the path before heading back. A thicket of bamboo created our favorite photo op and, judging from the number of bamboo photos on online forums, most visitors agree. The garden’s website challenges you to count the bamboo shoots soaring out of the ground. We didn’t make it past 100, including ones so tall they arched over the pathway and reached toward the ravine.

The walk leading down into that area will take you to other intriguing species (stinking toe tree anyone?) but the steps looked like too much for my tiring 2-year-old. So, we peered over the railing at hardier hikers—some of the only people we saw that day—then packed up for home. 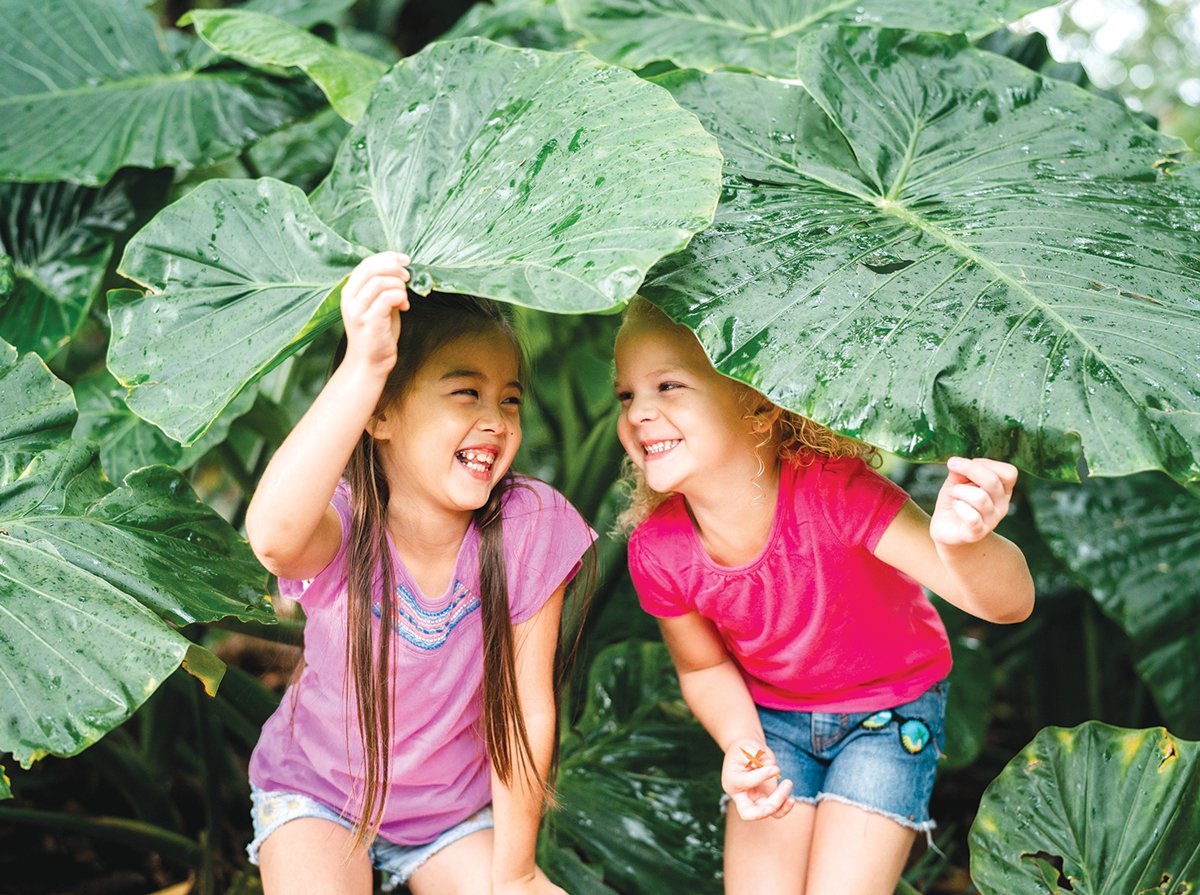 1.  Go early or late. The parking lot has space for 19 cars. It wasn’t a problem when we went at 9 a.m. Saturday, but many of the slots were filled by the time we left.

2.  Bring insect repellent and a light jacket. The trees provide a lot of shade, so sunscreen isn’t as essential as at other parks. But the plants and Wahiawā’s damp climate provide a good home for mosquitoes. And you’ll want to be ready for wind and rain.

4.  Check the schedule. The garden sometimes hosts arts and crafts classes for kids during the week.

5.  If you have older kids who love plants, download and print the bigger map on the garden’s website. The brochure at the visitor center had 17 species marked on the main terrace. Two maps online identify a total of 87, with 54 in that area alone. When you do arrive, ask for a bird guide so the kids know when a Pacific golden plover or a Japanese white-eye go flitting by.

6.  Not from Wahiawā? While you’re there, pick up ube tarts from Uber Factory or stop for lunch at one of the last original old-time saimin shops. Shige’s Saimin Stand has been selling bowls of the Hawai‘i-only dish using its own 70-year-old family recipe of house-made and slightly rectangular-shaped noodles.