Times like this, when we survey the island’s food scene like a crystal ball and see bright pops of newly opened eateries and the promise of future ones to come, we really love our job. We see we can never get enough sushi or doughnuts, we’re always ready for a new pub, and we’re ravenous for soup dumplings. We’ll watch visionaries in cider and sake bring their ideas to life while another opens an izakaya at the edge of Kalihi. And by the end of the year, we hope, O‘ahu will have its first Lebanese restaurant. Here’s a snapshot of what to anticipate.

SEE ALSO: The Best Events and Things to Do on O‘ahu in February 2022 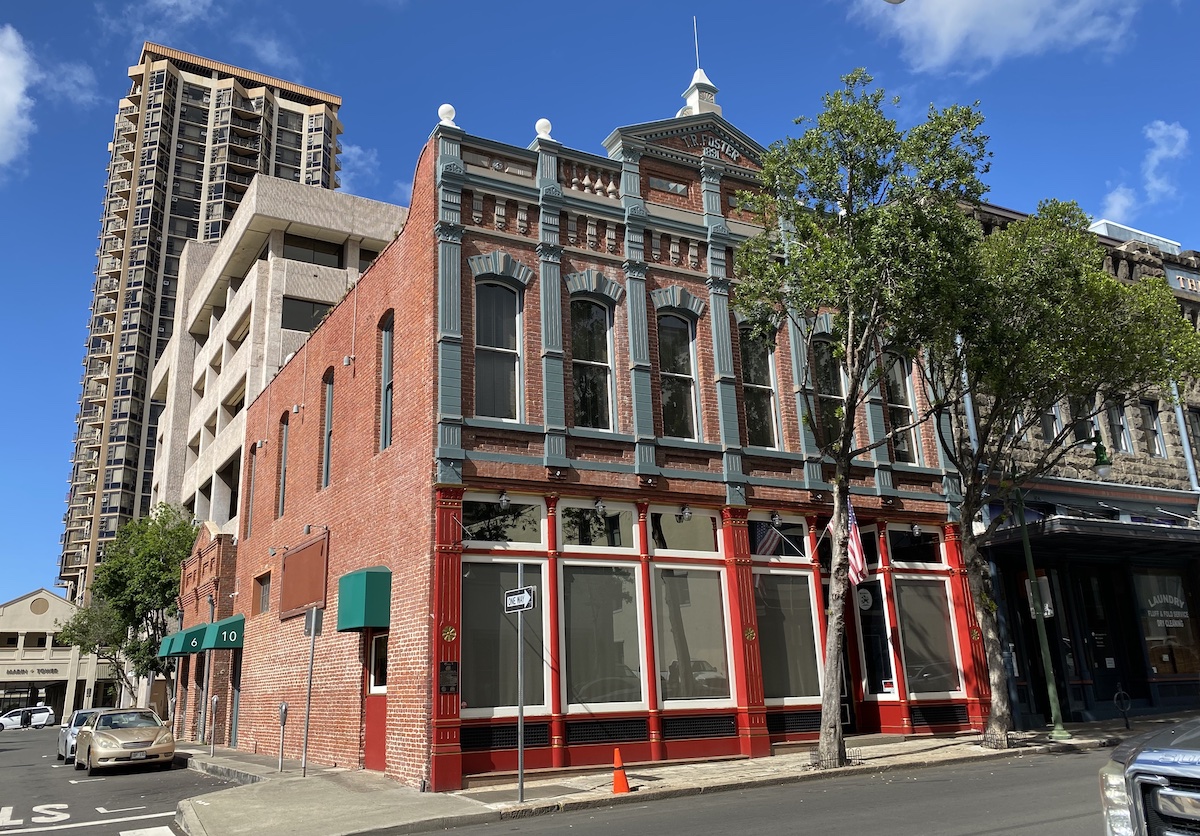 A new Irish pub by J.J. Niebuhr of J. Dolan’s pizza fame is set to open as soon as it gets its gas permits. The bar will open first, Niebuhr says; the kitchen will follow with a casual menu of pizzas, pastas, salads and sandwiches. Targeted opening is March 1; check Black Shamrock’s (still-dormant) Instagram for updates.

One of the oldest cities in the world, Byblos has been inhabited well over 7,000 years—“and now it’s famous with a lot of good restaurants,” says Chady Sakr, who plans to open a Lebanese restaurant named after the city in Downtown’s old Indigo space late this year. Early plans call for an upscale restaurant with indoor and outdoor dining, a bar and a brick wood-fired oven to make pita bread. “It was on my mind to open a Lebanese restaurant since I came to Hawai‘i in 2010,” says Lebanese-born Sakr. “Finally I find one of the most beautiful spaces in Chinatown.”

Mililani Golf Club’s revamped restaurant opened in December with breakfast, lunch and dinner, but it’s the fresh oysters, sashimi and sushi that have been getting the most buzz. These are featured daily alongside matcha pancakes, burgers and saimin. Chef Lance Morishima, who previously cooked at Shokudo and Rokkaku Hamakatsu, has a penchant for fish flown in from Japan or caught locally, which is a good thing for Mililani.

Kaimukī’s over-the-top sandwich specialist moved from its original spot to Market City in January, sandwiched (ha!) between Cafe Kaila and Anytime Cafe. The bigger space allows more menu options, including steak and roasted garlic French dip sandwiches, Cubanos with pork belly, and rotating specials like Philly cheesesteak sandwiches. The shop is already serving these up, with grand opening specials planned for March 5. The original Kaimukī spot, meanwhile, will stay in the E.A.R.L. family—not with sandwiches, but a new breed of cheesy burritos set to debut in March. 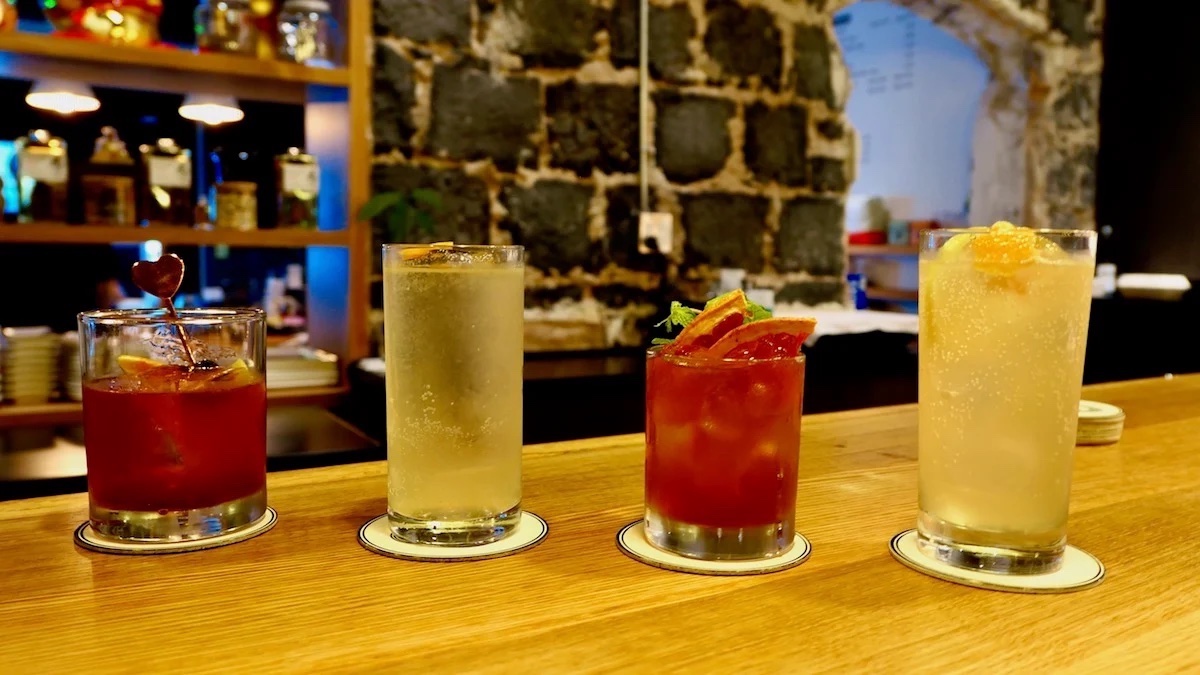 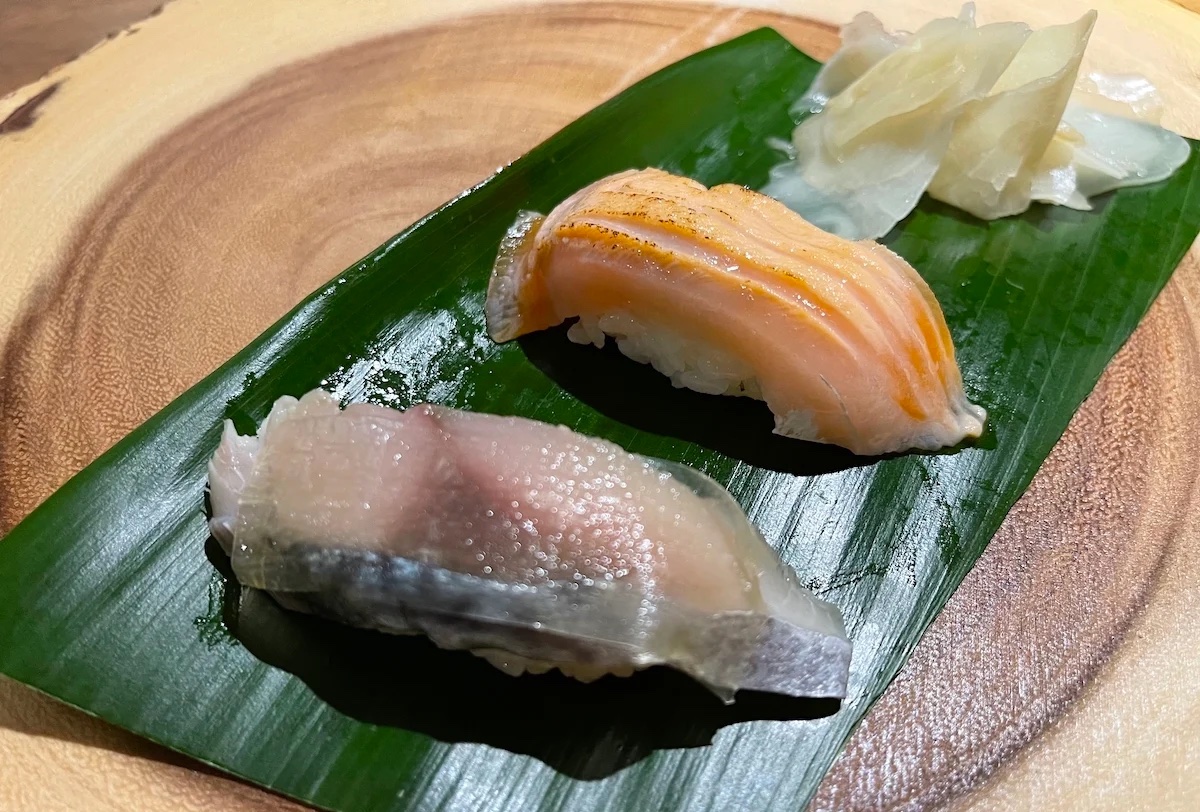 If you ever parked yourself at Islander Sake’s monkeypod counter in Kaka‘ako and indulged in a leisurely sushi omakase or elegant home-style Japanese dinner, you know exactly what’s in store when Hanale restaurant opens in Chinatown. Islander dismantled its brewery and tasting room in recent weeks, transferring its food service side to a new space that’s set to take reservations once it gets its final permits. Hawai‘i’s only sake brewery, meanwhile, is being rebuilt in a new location. Stay tuned. 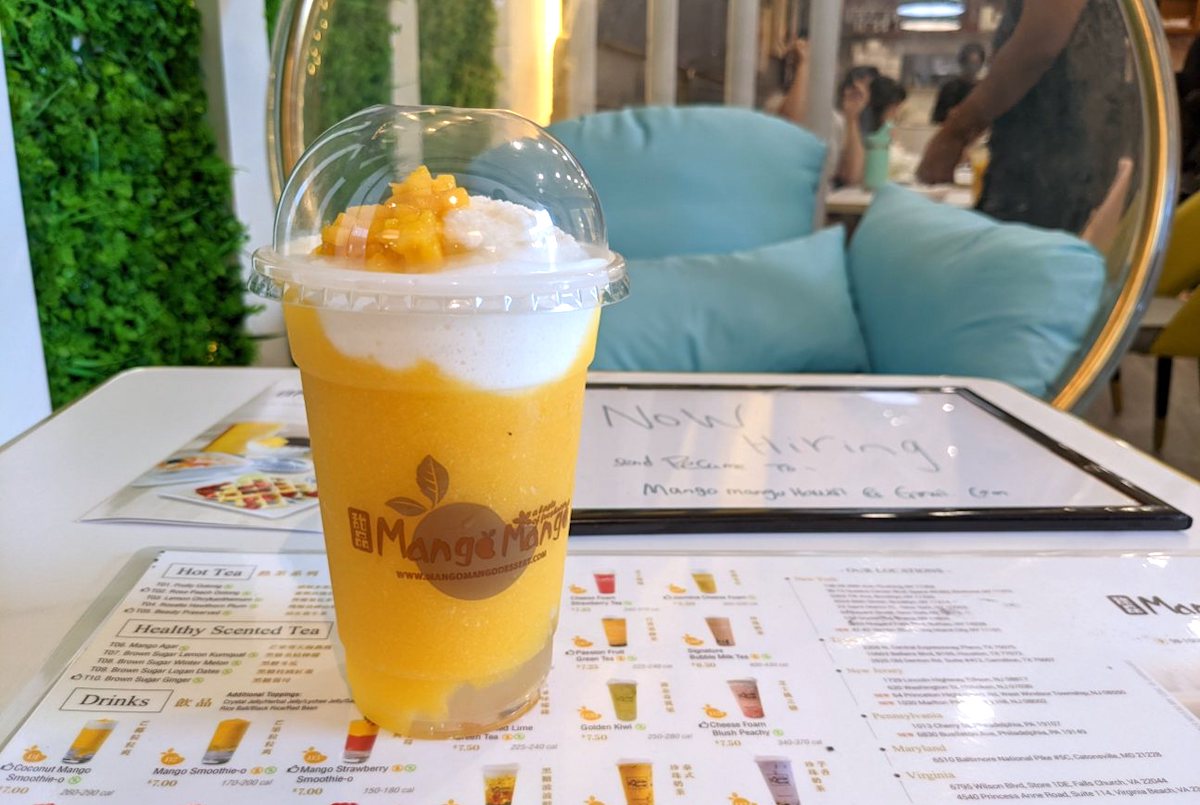 New York-based Mango Mango opened its first Hawai‘i dessert shop at Pearlridge Center in December with Hong Kong-style dessert soups and specialty pancakes, crepes, ice creams, teas, smoothies and lots and lot of mango. The chain has more than 30 locations in 12 states; a second O‘ahu franchise is already planned for Ala Moana Center.

Xiao long bao alert: A new spot for soup dumplings is set to open in the old MW Restaurant space on Kapiolani Boulevard in March. Early details are scant, but Mr. Dough’s menu will include pan-fried and steamed dumplings and a multifaceted “10 Seconds Noodle Soup” that, according to its website, looks like a personal size hotpot. 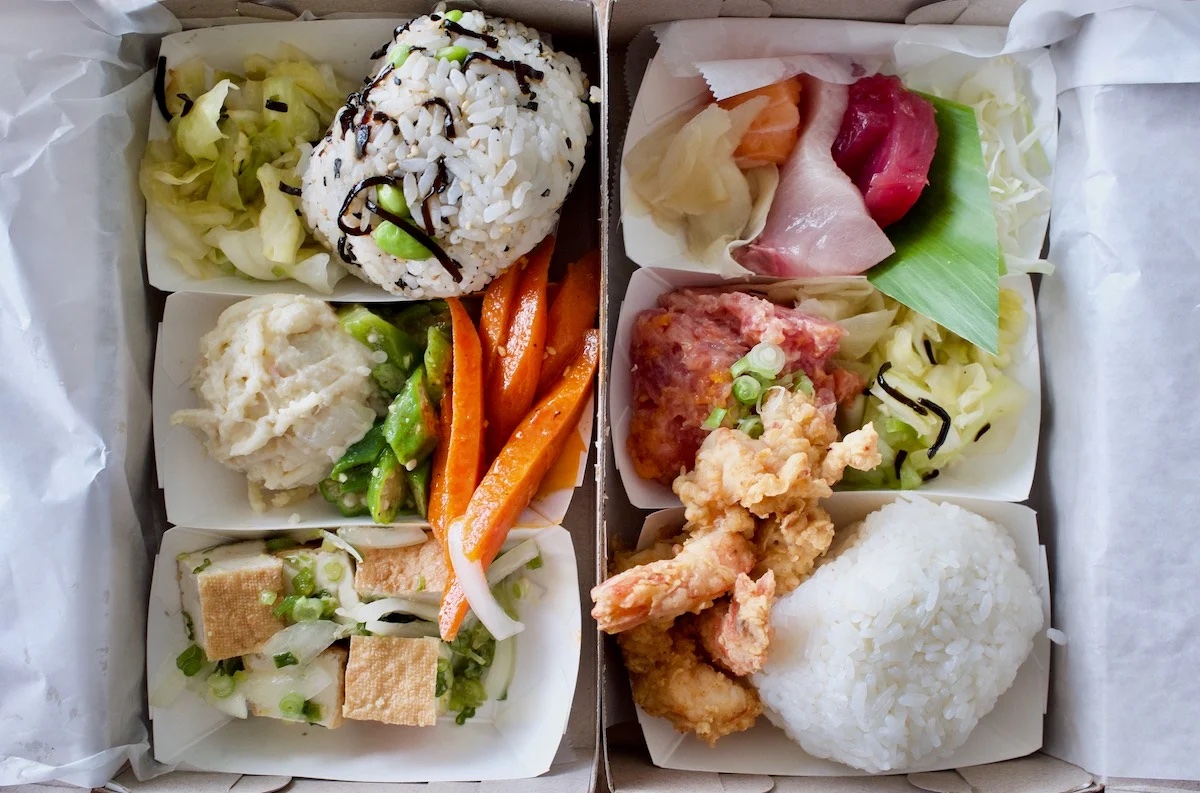 It’s not every year a new okazuya opens in Honolulu. This one, by longtime local chef and culinary instructor Jason Peel, is getting raves for its mix of classic and reinterpreted okazuya staples including Goteburg musubis from Peel’s home island of Kaua‘i. Unfortunately, the eatery is destined to be as fleeting as the waves (nami) and wind (kaze) it’s named for. In a matter of months, Peel plans to replace the daytime-only okazuya at Pier 38 in the old Uncle’s Fish Market & Grill (which has since moved to ‘Aiea) with a full-fledged izakaya. 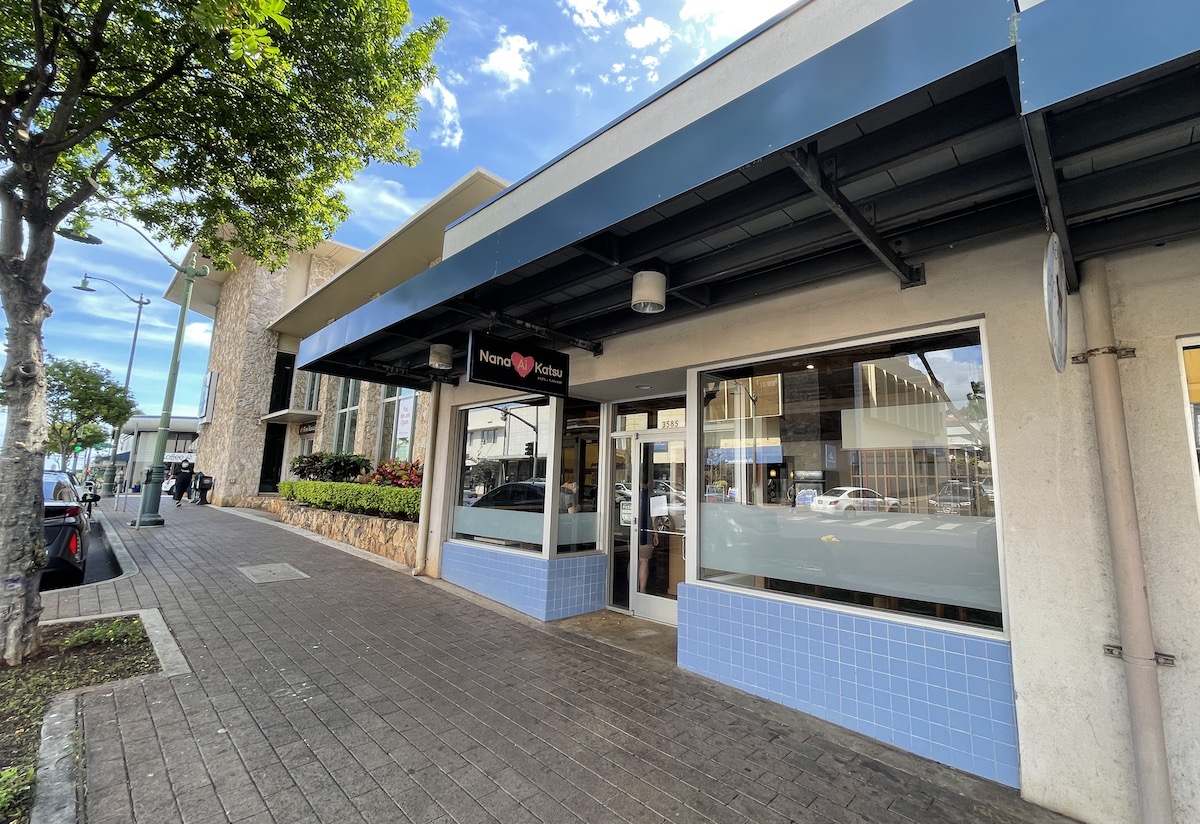 Nana Ai Katsu, the tiny counter that built a cult following for its thinly sliced and layered kurobuta tonkatsu at ‘Ohana Hale Marketplace, moved into a brick-and-mortar space in December. The intent was to expand with dine-in service, but unexpectedly heavy takeout volume has pushed back those plans. That hasn’t stopped Nana Ai’s menu expansion, though. New items at its Kaimukī location include katsu sandwiches and udon katsu curry.

Kalihi’s cider maker is expanding to Central O‘ahu with a full bar and food by Hi Sliders food truck. Equipment delays have pushed the timeline back, so look for it in the old The Mill spot probably in May.

Tucked off the recently renovated lobby of the Ala Moana Hotel, the new incarnation of Mō‘ili‘ili’s beloved gastropub is now aiming to reopen in February or March, two years after it closed on King Street. Harry’s Hardware Emporium, its speakeasy arm, is set to reopen in a space just upstairs.

Buzz about crazy good poke is coming out of Waikīkī (you read that right). Poke Fix, with a chef from Poke for the People Express, is turning out new poke styles and sides that resonate with locals as well as tourists. Of note: Hawaiian style, garlic shrimp and jellyfish poke, and inari bombs, which Poke Fix calls umami bombs, loaded with the same ultra-fresh seafood. Bonus: There’s curbside pickup.

It’s not uncommon for Vietnamese eateries to have vegan dishes; it is uncommon for one to feature nothing but plant-based fare. Thuong An Lac, across O‘ahu Market at King and Kekaulike streets, has meat-free spring rolls, faux pork chops, spicy Hue faux beef noodle soup and a notable vegan steamed manapua.